The Department of Basic Education recently presented the findings of the Trends in International Mathematics and Science Study 2019, this shows how South African learners have been faring in comparison to the rest of the world.

The Trends in International Mathematics and Science Study 2019 (TIMSS) primarily focuses on students who are in Grade 4 and Grade 8, but some countries do choose to administer TIMSS to different grades.

South Africa made use of a bench-marking system which assessed grade 5 and grade 9 students to better match the curricula internationally and to "maintain trend measurement." This means that South African students were on average older than many of the international students who were a part of the TIMSS assessment.

Despite this South African students scored very low on the international mathematics and science scale.

A total of 20 829 pupils across 519 schools were assessed, with tests conducted according to curriculum-based content and cognitive thinking. South African students consistently scored in the bottom three countries for the range of tests out of the 64 countries who participated.

The 'basic' threshold score which indicate that learners have acquired the basic mathematical and science knowledge for that grade is 400 TIMSS points.

Newzroom Afrika spoke to National Research Coordinator for TIMSS-South Africa, Dr Vijay Reddy who said that there has been an improvement in the scores of the grade 9 learners which has been consistent since 2003. They scored an average mathematics score of 389 and a science score of 370 which is an increase of 17 points and 12 points respectively since the 2015 TIMMS report.

However, Dr Reddy says the slowing down of the improvement means that more must be done to meet the development needs of the country.

Both of the grades did not reach the 400 point 'basic' threshold.

The department has said that these results may be due to the unequal status of students and their different backgrounds.

“Home conditions continue to be unequal, and some homes are still not conducive to learning activities,” said the department.

“Learners from homes lacking the basic amenities, such as running tap water and flush toilets have the lowest educational outcomes. In order to increase achievements, the starting point of some learners is improved home conditions.”

The same conditions could be seen within school environments, where some students have even lost their lives using pit hole toilets.

They also noted that the qualifications of teachers in South Africa does not match the achievements of the learners.

“Compared with other countries, South African educators attended the highest number of professional courses. However, learners’ mathematics and science achievements do not match the level of tertiary education and the extent of professional development courses that educators have attended.

Education and training is a massive investment, and the quality of this investment must be investigated and strengthened,”- Department of Basic Education.

"I think globally, we need to do more to make students absolutely interested in mathematics and science, it has to be seen as relevant in their lives." she said.

Dr Reddy says that structural conditions need to be improved, like having smaller class sizes, teachers who know their subject matter well enough to be able to engage with students in order to make it interesting for them and students have to work harder. 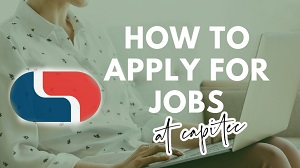