The issue of missing middle funding, along with postgraduate funding, is ongoing. The Minister of Higher Education is now pushing for NSFAS to introduce a loan scheme to support these categories of students.

Minister in charge of Higher Education, Blade Nzimande, is now calling for funds to be set aside so that a loan scheme for missing middle students can be set up. He has also said that he aims to solve the issue of postgraduate funding.

Nzimande, who is also the Secretary-General of the South Africa Communist Party (SACP), said:

One of the arguments the Communist party has been making is that past laws enforce that, for example, of the so much liquid cash that our banks have, out aside 5% to create an affordable educational loan scheme for lower middle class parents to be able to educate and support their own children.

"You have got students who come from the lower middle class who do not qualify for student assistance by NSFAS by government yet they come from families who are not rich enough to afford University education." This is what is called 'The Missing Middle'.

Nzimande then went on to say that the manner of setting aside a percentage of funds to financially support other causes has been done before and has brought about success.

"Even other capitalist countries, they actually do that and we as the SACP are engaging all the time with the ANC," the Minister explains.

He confidently says, "There is nothing that stops us."

The Minister set up a Ministerial Task Team to forage through issues within the higher education sector such as the missing middle and historic debt, which have been at the centre of national student protests over the years.

Free education has been a question posed to the Minister one too many times and he responds:

Government has actually achieved part of it's deal that students who come from poor and working class backgrounds are getting the National Student Financial Aid Scheme, should they qualify and be accepted at a public higher education system.

"We need to review NSFAS. Is it functioning optimally but also let's look at other categories of student funding. The missing middle and postgraduate students."

When asked about whether the 2021 academic year will run smoothly, Nzimande responds:

I'm very confident that we're going to have, not an easy year because Covid-19 is still with us, but that it's going to be a better year. I'm very pleased that we managed to finish the 2020 academic year despite the huge challenge we had in relation to Covid-19.

Universities and TVET Colleges have commenced with the 2021 academic year.

Nzimande is set to present a set of proposals before the end of June to Cabinet and he hopes that "it will help us at the very least in the immediate term to lay the basis to have a better finish to the year and a better start to next year", and from there, the department will lay the basis for medium to longer term solutions on what need to be done about student funding.

The department also wants to expand the TVET system which Nzimande says is a major issue. He aims to focus on building a larger and more relevant system which produces work ready students.

"We should have been stronger as Government to put in additional measures so that the private sector must know that we have got a population of close to 60 million people. A huge percentage of it are victims of inequality and poverty." 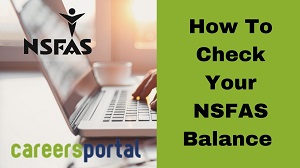