Despite there being irregularities in the writing and marking of NATED Report Examinations, Umalusi has approved the release of NATED examination results pertaining to Report 190/191: Engineering Studies N2-N3.

After irregularities were noted in the NATED examinations held during April, the results have recently been deemed clear for release by Umalusi. NATED standing for National Accredited Technical Education Diploma, is a qualification exclusive to Technical and Vocational Education and Training (TVET) Colleges and private colleges.

Created by the Department of Higher Education and Training (DHET), NATED affords students the possibility of gaining both practical and theoretical knowledge in the technical framework.

The NATED Report 190/191: Engineering Studies N2-N3 Examinations that were held between the 1st and the 30th of April 2021, were met with isolated instances that reflected “irregularities identified during monitoring of writing and marking of examinations” as stated by Umalusi.

This is not the first time that Umalusi has reported faults in the writing and release of examination results, with there having been irregularities during the release of 2020 matric results in February of 2021 as well.

After discovering instances of group copying and leakages of examination papers for both the Math paper 2 and Physics paper 2 exams in 2020, it was feared that the acts of an isolated group of students may compromise the writing and marking processes, and may have forced students to have to rewrite those papers.

These results were, however, quickly deemed to be of no compromise to the examination results as a whole, with only the implicated few having to suffer the consequences.

Similarly, the irregularities found during the NATED Report examinations of which 51 720 students partook in, with 26 986 of the participants on N2 level and the other 24 734 on N3 level, were found to be of not enough consequence to have had any effect on the reliability of the April 2021 NATED Report, as stated by the Umalusi executive committee.

Umalusi has hence approved the release of the examination results. Students are to keep on the lookout for the time of release for these results as no dates have been confirmed yet. 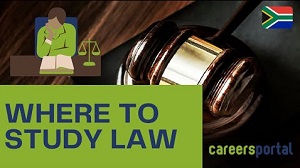 Its been over a year since destructive fires swept over Table Mountain and the University of Cape Town (UCT) Jagger Library. Experts and university alumni are among the individuals that have also played their part in reviving the iconic library.