After continued conversations with University of Cape Town (UCT) officials regarding fee blocks that have resulted in academic exclusion, the UCT Students’ Representative Council (SRC) have expressed their dissatisfaction with Vice-Chancellor (VC) Phakeng’s resolutions to the issue. They have recently resolved to ongoing protest action in relation to the matter.

Since early February of 2022, UCT has been surrounded by a lot of controversy due to ongoing protest action. One of the main reasons for the recent protest action has been in regards to the fee blocks that have continued to prevent academically eligible students from registering for the academic year due to outstanding fees.

Initial resolutions had been made to this issue by the Vice-Chancellor, who raised the fee block limit from R1 000 to R10 000, thus allowing for students with an outstanding debt amount below R10 000 the opportunity to re-register.

Despite this, the UCT SRC have expressed their dissatisfaction, citing that their demands have yet to be met by the university in a recently released public letter to the VC.

In it, the SRC mentions that certain demands, such as the request for the academic year to be halted until each student has successfully been registered, were rejected.

Consequently, on Wednesday, the 17th of February, the SRC resumed protest action that had been halted as conversations were being had with the VC desk, by staging a campus-wide shutdown.

The shutdown involved blocking all vehicle entrances to UCT campuses, which included the denial of entrance for all UCT jammie shuttles. Students who were on campus on Wednesday have shared that they were either turned back by protestors, or had their lectures disrupted by protestors requesting that they stage walkouts. Some students made mention of online classes being disrupted, with microphones being muted during lessons.

The VC has since released a statement expressing her disappointment in the SRC for having continued to pursue protest action, and claims that all demands that were agreed upon, have been, or are attempting to be made.

After mentioning that continued conversations between the university and the SRC have taken place to resolve all the issues being brought up, she ended her statement saying:

“We reiterate our commitment to the SRC and the student body to work alongside them to seek ways of overcoming issues. We are actively addressing all the issues raised.

I call on the SRC to refrain from blocking access to campus and interrupting services with immediate effect, and to honour their undertaking to work with us in the interest of all students”.

As of Thursday, the 17th of February, another mass meeting was staged at 10:00 on UCT’s Graca Lawns. Thus far, the SRC seems to stand firm in their decision to halt the academic year until all their concerns regarding students’ ability to register, as well as student debts, are met.

See the UCT SRC statement below: 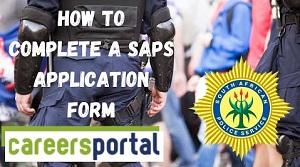