Almost 30 000 NSFAS students are in debt and must pay their Universities, according to the Democratic Alliance. They have said that this is due to inefficiencies at NSFAS.

29 140 students, who are or were funded by NSFAS, currently owe money to their respective institutions. This is said to be due to inefficiencies at the financial aid scheme.

Democratic Alliance (DA) MP and Shadow Minister for Higher Education, Chantel King, said in a statement, "The DA can reveal that 29 140 students currently owe money to universities as a result of inefficiencies at the National Student Financial Aid Scheme (NSFAS)."

She continued to say that the Minister of Higher Education for the country, Blade Nzimande, said that the reason behind this debt is because NSFAS are either with payments or didn't pay the full amount they needed to.

The constant challenge of rising student debt because of NSFAS incompetence has caused a great threat to the financial stability of many universities across the country and contributes to the instability on campuses.

King then places the blame on NSFAS due to it's "inability to synchronize university and TVET college registration systems with their systems for ease of access and a faster turnaround time", which she says then negatively impacts students waiting on funding outcomes.

"It would certainly be better and work faster if universities and TVET college registrations were synchronized with NSFAS systems."

The spiralling of student debt is indicative of systematic and administrative failures which have been ongoing for a very long time ... It is high time NSFAS and institutions work hand in hand to avoid future disruptions.

NSFAS issues have been at the centre of many protests and controversies, which the political party says "result in higher learning institutions continuing to bear the brunt".

King concludes the statement, "Only a different NSFAS funding model with decentralised processes into higher education institution will help to limit the delays and produce a sustainable and long-term solution."

The Careers Portal has asked NSFAS for a comment and is awaiting a response.

This is a developing story. 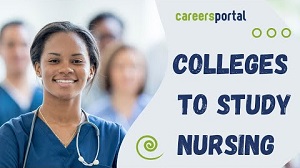