Lectures, for tertiary education students, were moved online during the lockdown, in an attempt to save the 2020 academic year. However, this resulted in many students falling behind due to lack of resources.

The University of Cape Town (UCT) did a study on how many students had access to adequate learning materials for online learning.

Their study revealed that many students lack resources to successfully take part in online learning.

During lockdown, lectures were moved online in an attempt to save the 2020 academic year.

However, not all students were able to access the internet.

Researchers assessed the number of households within each municipality that had access to three remote learning resources.

These remote learning resources included access to electricity in the household, a stable internet connection, and a suitable device, such as a laptop or tablet.

These resources were likely to dictate the quality of remote learning students received.

More than 50% of university and TVET college students live in municipalities where less than 10% of households have access to all three remote learning resources.

Students who were most vulnerable were allowed to return to campus and residences, however not all students were able to return.

Those who are still not able to return, unfortunately have to continue to face learning constraints, says researchers at UCT’s Southern Africa Labour and Development Research Unit.

Evidence from the study shows that only 85% of university students have access to electricity within their households.

And less than 30% of households in South Africa had access to the internet.

TVET college students stand to face more challenges during remote learning than university students because most of them live in municipalities where less than 10% of households have access to the internet.

Half of university students, whereas only a third of TVET college students live in municipalities where between 30 and 47% of households have access to a device (laptop or tablet) to work from.

The fact that only two-thirds of TVET students reside in municipalities where fewer than a third of households own a device was unfortunate.

Some universities in collaboration with NSFAS provided vulnerable students with laptops, however the distribution of these devices were delayed. 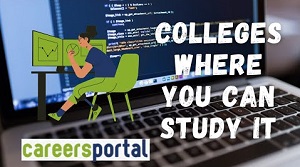