We've been hearing talks about Government introducing a basic income grant for months now but has anything solid been said yet? Social Development Minister, Lindiwe Zulu, has already addressed the possibility of the grant.

Still no basic income grant? Well, it's definitely not going unnoticed. Organisations and civil society groups are calling for a universal basic income grant to be introduced, especially now when SASSA's special relief of distress grant has come to an end yet lockdown and poverty continues.

With 13 million people currently facing starvation in South Africa, Mpho Mhlongo from the Studies in Poverty and Inequality Institute, is one of those calling for government to provide a more permanent solution to poverty in the country in the form of a universal basic income grant of R1 268.

They have had discussions with the National Treasury and are said to have been told that there is not enough money to implement this grant. The Institute then took it upon themselves to research ways that money can be retrieved to provide for this grant.

Social Development Minister Lindiwe Zulu has previously said that it could be very expensive and that they are, "looking at more sustainable support in the future".

The Minister continued to say:

The ANC has formed a team of experts to look at this. South Africa has the capacity to ensure more can be done. There is strong support for a basic income grant to replace the R350 grant, but the policy has to be accepted and implemented through the proper channels.

"I’m excited about this, but we also have financial constraints. We’re all agreed upon it, but we must consider the financial difficulties too," said the Minister.

We believe that the basic income grant will perform in two main fashions: to allow people to provide for basic services and the second thing that it would do is to help those people to increase their spending power so that they can participate in the economy.

"The more money injected into the economy and the more people are able to spend is good for everyone and the GDP will increase," she continued to explain.

Along with other organisations, the Institute has come up with a strategy for this grant which they say will be beneficial with research done showing 11 ways to make the grant possible. One way is to tax the wealthy more, Mhlongo says.

The longer it [the basic income grant] continues, the more it would be able to pay for itself so we can get to a point where this social security measure can actually pay for itself without having to seek money from elsewhere. It's just about having ongoing conversations and convincing government that this is something that can be implemented and it should be implemented, as soon as possible, now more than ever.

With the country having seen outbreaks of violence in Gauteng and Kwazulu-Natal for the past week, many have said that the economy will take a knock along with the livelihoods and jobs of citizens. This makes the need for relief even stronger.

Thousands of people have lost their jobs and billions has been lost in the country which is presenting a lot of uncertainty when it comes to surviving. The Institute then says that the R350 grant was a good measure but that it can be taken a step further with the basic income grant saying, "how else are those people going to be able to provide for their families?".

Job hunting also presents an issue as it costs money to travel to hand out CVs and go to interviews.

A meeting is taking place on 23 July to discuss the strategies to launch the basic income grant. This will be the third meeting like this which involves civil society organisations such as Black Sash. Citizens have also been a part of the project.

Should the Basic Income Grant be introduced, it would be for individuals between the ages of 18 and 59 who as Zulu says, "tend to fall between social grants". 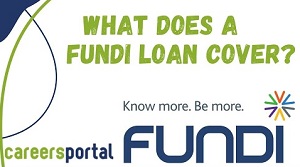