Many residents of South Africa have still not received all their payments from SASSA's R350 Special Relief Distress Grant and have received no word on when it will get paid.

Many recipients of SASSA's R350 grant, set up as a relief effort for those who are left vulnerable due to Covid, have still not received payments and are in the dark about when they will.

It has now been four months since the grant was first introduced. The grant is a part of the R500 billion Government invested for economic and social relief for those who were left struggling during the pandemic.

Since May, there are several citizens who have not received consistent payments or payments at all. Some inidividuals have been left in snaking queues to pick up their R350 but still don't receive anything.

TimesLIVE spoke to a beneficiary in Sowetto who said, “I have been told many things. Sometimes they say the money has not arrived, sometimes they cut [shorten] the queue or they say the systems are down, or no network" and that she has been to three post offices but still got nothing.

She received an SMS from the agency saying that her payment is ready for collection but on arrival she has no luck and hasn't received anything since being approved. "I don’t know what is happening as I have been going there [post office] so many times. I have called the call centre only to be told I was approved, but when I try to collect the money I am told a different story. I have lost hope now," she said.

The grant is open to individuals who are unemployed and don't have any other sources of incomes or grants. This SRD grant is set to run until October.

She was previously a domestic worker but lost her job shortly before the beginning of lockdown and has been struggling. She said, "It's difficult, I can’t even borrow money because I don’t know when I will ever find a job or if I will ever get this grant.”

Another beneficiary said that she only received one payment since applying in May and being approved in June. "When I got there I received R350. I thought I’d receive for two months, but I was told that is not how it works,” she said.

Many complaints were also filed to SASSA after millions of applications were found to be rejected for unfair reasons. It was then found that individuals who were rejected had records which said they received UIF payouts when they weren't.

One individual who experienced this said he was furious, suspects foul play and that, "I have never been formally employed or received UIF money. I still don’t understand why my application was denied. When I asked, I was told to appeal, but they have not responded.”

“We have been hearing many things, some people get their money, some don’t. They want us to give up and it can go back to them,” he said.

However, not every person who has applied and been approved has been having bad luck. Some citizens have received their payments with some even getting lump sums after delays.

In some instances, government has been applauded for setting up relief options but has also been criticised for the way things have been rolled up with issues sparking up from the beginning of the grant already.

One beneficiary said, "It is not much but it helps a lot. The government could have left us to suffer but they made a plan". Many have called for government to increase the grant payment and to even make it permanent.

SASSA has said there is no fixed date for the payment of the grant. Applicants will be paid as long as they qualify. SASSA has reassured many applicants that payments are still in progress. Applications for those who have been approved will be reviewed on a monthly basis in order to verify that applicants still meet the requirements to qualify for the grant. 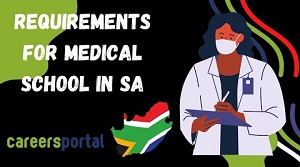