Evacuated UCT Students Will Return To Res In 48 Hours

Now that the fire has been contained at the University of Cape Town, the Vice-Chancellor has said that students who were evacuated from their residences will return in 48 hours. The VC also gave updates on how much damage was done and future plans for UCT.

Sunday morning was the beginning of a nightmare for the University of Cape Town and it's staff and students. Following damage to the campus and residences, students were evacuated from their residences with many being accommodated in hotels.

The Vice-Chancellor (VC) of UCT, Prof. Mamokgethi Phakeng, said on Tuesday morning that these students will be returning to their residences within 48 hours.

This includes students from the two residences damaged by the fire. Further announcements will be made concerning these students.

The fire damaged both the Smuts and Fuller Hall residences. During a live with Varsity News on Tuesday morning, the VC said that Smuts is not as badly damaged as Fuller with Fuller sustaining damage to it's roof and walls while Smuts was only damaged on one floor.

It's said that it would probably take months for these residences to be rebuilt and liveable. The VC was not able to give an estimate on when exactly this will happen.

Structural experts will be arriving at the campus on Tuesday to assess the extent of the damage done which will then give further insight into how long repairs will take.

Professor Phakeng was also uncertain when asked about how long it would take to rebuild the destroyed Jagger library.

She wants repairs to be done quickly and as fast as they can as they do not want to wait too long.

The VC has also asked for a report on the fire protection used in the library and from there, plans will be made to use something newer.

Damage was also done to the Biology buildings and it's unclear what was lost but Phakeng made it clear that the Hibarium is still in tact.

We will do whatever we can to recover that what was lost.

Phakeng aims for the academic programme to proceed this coming Monday and it will remain at the same level.

According to the VC, we live in a rapidly changing and uncertain world and students should bounce back better as "the future graduate is a graduate who benefits from the challenge".

There are said to be no problems with the WiFi for students returning to residences and campuses.

The campuses will be reopened on Monday or as soon as students can return, said Phakeng.

The past 48 hours haven't been easy at all. Not on staff, not on students. UCT will rise, UCT will bounce back ... we're going to face it together.

The University will make sure that the fire does not derail any student who is completing their degree this year.

The fire flared up again on Devil's peak on Monday night and will take a week or more to fully be managed.

There is concern from UCT management that the fire will reach the University again. They are said to be watching and talking to SANParks and Table Mountain staff who are managing the fire. 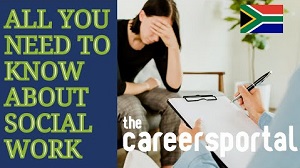