UNISA Is Disappointed By Those Who Question Its Qualifications

The University of South Africa says its concerned about the reputational damage caused by those who question the authenticity of its qualifications. Unisa is the biggest distance learning institution in South Africa with a solid history of academic excellence.

Unisa spokesperson, Victor Dlamini says the university notes with serious concern reports in the print and social media that allege the sale of qualifications and question the quality of scholarship and research of the university.

This follows a Sunday Times report, in which Professor Nico Cloete from Stellenbosch University expressed the view that Unisa’s reputation was taking a knock, owing to its inability to contribute to knowledge production through research, said Dlamini. Unisa spokesperson disputes the claims as unfounded and baseless.

The entailed accusations sought to bring into question the integrity of Unisa’s qualifications and its research capacity.

These reports, originating mainly from a news article published in the Sunday Times are intentionally misleading, malicious, and inaccurate, and need to be corrected, Dlamini said.

He said the allegations are saddening coming from an academic who is also practicing in the same field.

The accusations can discourage students as they take pride in the quality and authenticity of their qualifications, added Dlamini.

Unisa has one of the biggest research communities and its research centres include the Research, Postgraduate Studies, School of Graduate Studies, Unisa School of Business Leadership (SBL), and the Thabo Mbeki School, as well as the Innovation and Commercialisation units.

Its research activities contribute to the knowledge and information society, advance development, and sustains a critical community, said the spokesperson.

The university assures its students and the public that, as it has done in the past years, it will continue to produce graduates with potential who will go on to become thought leaders, and successful local and global leaders of the public, private and civil society.

Students are encouraged to update their details as the university attempts to contact students to collect their certificates. 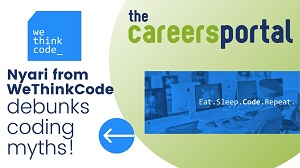