The Reality Of Being A Teacher Assistant

Teacher assistants may not make headline news but they play a vital role in ensuring stability in our schools such as managing challenging pupil behaviour and carrying out other administrative duties. Careers Portal caught up with a 23-year-old former teacher assistant to get a sense of her professional experience.

Having begun her role as a teacher assistant job at a public primary school on 1 December 2020, the 23-year-old who would like to remain anonymous, says that she had a good experience in the three months that she occupied the post.

She said that her main concern at the time was not knowing the exact tasks she had to carry out throughout the day and wondered if she would be able to adapt to the working environment of her more experienced colleagues. However, once the staff members gave her a warm welcome, everything started going well.

The biggest difficulty was the uncertainty of not knowing what exactly I would do. I feared not fitting in and that I would have problems with the staff but everyone was absolutely lovely.

Her daily duties at the primary school included doing morning screenings, marking scripts, helping learners read and focusing on struggling learners in order to help them understand their tasks.

Although she was aware that the government had not been paying schools on time, which would often have a negative impact on teacher assistants, the school would always pay her on time out of its own funds.

I was fortunate enough to be paid on time at the end of every month. I was very aware that the government had not been paying the schools on time and because of that, the Education Assistants and General Assistants were not receiving their income. The school would often pay us out of their own account and keep the money that the government would send (often never on time, so they would wait for it).

Recently, there have been media reports alleging that teaching assistants and screeners in the Northern Cape have not been paid in over three months. Their provincial education department issued a response to why this was the case.

Although she worked in the Western Cape, the 23-year-old stated clearly that she never experienced any payment issues at the primary school she worked for, adding that she sympathises with those who are going through that experience.

"I have never had a negative experience with regard to my pay. As I previously said, the school did their absolute best to pay all of us on time and out of their personal account. It is absolutely heartbreaking to know that people are still struggling and waiting for their pay after such a long time," she said

She has since stated that although she had a great experience in her role as a teacher assistant, she is well aware of the plight of those who have the opposite experience due to the uncertainty of delayed government payments to schools.

"I would just like to say, that I truly had an amazing experience during my time. It is also important to be aware that some people may not have had the same experience. I truly hope this will be eye-opening to definitely try something new, but also remember that there's a lot of uncertainty when it comes to having the government pay you a salary on time," she told the Careers Portal

She concluded her teacher assistant duties on 31 March 2021 and has since moved on to pursue her teaching practice. 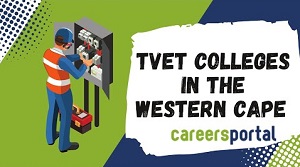