Gauteng education is concerned over the lives of its employees that are being threatened by criminal activities that have plagued its school within a week of reopening schools.

Gauteng schools have lost valuable goods and the safety of staff members was also compromised when robberies took place in two schools.

On the 17th of January 2022, it is alleged that in Benoni, three male suspects approached the Caiphus Nyoka Secondary School gate and had requested for the gate to be opened for them under the pretense that they had an appointment with the school’s Principal.

Gauteng Education received information that the suspects drew firearms and ordered that the school principal, deputy principal, patroller, and administrator lie down on the floor.

Subsequently, the suspects took valuable items such as car keys, cellphones and laptops.

Earlier, another robbery had taken place on Saturday, 15 January 2022 at the Leeuwpoort Primary School in Germiston whereby a General Assistant of the school was confronted by four unidentified yet armed men who tied the assistant with an electric cord and made them lie on the floor, thereafter ransacked the entire administration block.

The estimated value of the damage caused has not yet been determined.

Gauteng Department of Education has confirmed that the police are conducting investigations.

Our employees are receiving necessary trauma counseling from the employee wellness, the psycho-social group team was also sent [to counsel those affected] 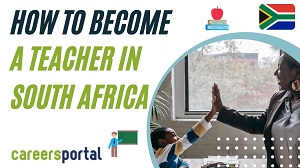