How Have KZN Floods Affected Universities?

Parts of Kwazulu-Natal have been struck by floods which has even lead to many lives lost. Another aspect which has been affected is education so how have Universities been affected by these floods?

Floods in parts of Kwazulu-Natal have caused so much damage with the National Disaster Management Centre head, Dr Mmaphaka Tau, classifying it as a provincial State of Disaster. Lives were lost as well with the latest death toll amounting to over 300.

People's livelihoods, property and even schools and schooling has been affected by these floods so how have Universities been impacted?

Bridges and roads are being flooded or washed away in some areas which could also affect the movement of people, including University staff and students.

Mangosuthu University of Technology (MUT) has campuses in Umlazi Township, Durban, which was one of the areas heavily affected by the floods.

The University then released a statement where they announce an early recess from 13 April with students and academic staff returning on 25 April. Support and administrative staff will return on 19 April 2022.

... the Executive Management Committee has been monitoring the state of disaster around Umlazi and within the Province. To this end, we have concluded that your safety and that of your families should come first despite the challenges we all have with the academic calendar.

"We believe that this should give you time off to attend to responsibilities that have arisen because of these unexpected challenges," continued the statement.

At the University of Kwazulu-Natal (UKZN), staff are being encouraged to work from home and students are currently on mid-semester break and are advised to stay safe.

The University further said, "Those who are required to be on campus are advised to take all the necessary precautions to stay safe".

President Cyril Ramaphosa has said, "We are dealing with a calamity of enormous proportions here but our government is getting into gear, the Defence Force is also going to be here. We are going to roll out as much assistance to our people as we possibly can." 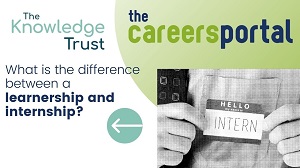 END_OF_DOCUMENT_TOKEN_TO_BE_REPLACED

The National Student Financial Aid Scheme is responsible for the DHET Bursary Scheme, what we call the NSFAS bursary. NSFAS bursary applications will open tomorrow for Trimester 2 bursaries.

The issue of inequality in South Africa is seen in the country’s education system. Overcrowded classrooms and poor school infrastructure in public schools is something the department of education are yet to adequately address.