Now that the 2021 academic year is about to take off, funding for studies is now a hot topic. Another issue that comes up is that of historical debt which could disrupt student registration.

At the University of Witwatersrand, of 37 000 students, 27 000 of them are using financial aid to pay for their fees. This could be in the form of a loan, bursary and scholarship. Some individuals think that this is not sustainable in the long term.

While speaking to eNCA, Universities South Africa CEO, Ahmed Bawa, had this to say about the situation:

The Universities you speak about such as Wits might not be the same situation across the whole country. The figure of 27 000 will partly include students who qualify for NSFAS assistance but will also include students who receive bursaries, loans and so on from other parties.

He continued to explain that the Universities have bursaries as well as a significant amount of money goes towards bursaries every year.

Historical debt is no stranger of an issue and has been coming up for ages. Protests have previously occurred as students want Universities to write off historical debt which sometimes stops students from registering.

At Wits, they have the Hardship Fund which assists students with their historical debt. However, this fund cannot be a reality for all Universities in South Africa.

Bawa states that debt owed to University is around R10 billion and that "the idea that that amount can be simply written off is just on the cards simply because it will make a huge dent to the ability of these Universities to continue to be sustainable".

However, the CEO explains that none of this debt is from students who are funded by NSFAS due to the financial aid scheme being in the form of a bursary from 2018 onwards. NSFAS then covers the full cost of studies without needing the student to pay it back.

When speaking on funding in Higher Education, a major aspect of the conversation is the issue of the "missing middle". This refers to students who are considered too rich to apply for NSFAS but too poor to afford to pay their fees themselves.

Bawa approached this issue by saying:

This historical debt is mainly now debts that have accrued to students that we refer to as the missing middle and the fact of the matter is that we really don't have a national system yet to cater for the needs of students in that category and this is a major gap in the system.

Engagements have been ongoing with Government and banks in efforts to address this issue.

The bottom line is that we are caught in this very difficult situation and these students simply do not have access to the resources that they require to study. 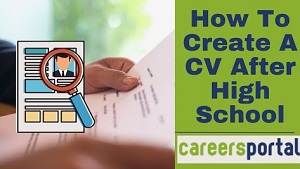