Is a degree a stamp of job security? We may need more..

The future of work is not just about gathering certifications, or as Aubrey Masango, broadcaster, cautions, about credentialism. Rather, we need to focus on skills acquisition, and flexibility. The future of work will be about job skills and interpersonal skills. What do the stats tell us? According Ari Katz, CEO of Boston City Campus, an American survey results show that 93 percent of freelancers with a four-year degree say skills training was useful versus 79 percent who say their higher education was useful to the work they do now. Sixty-five percent of children entering primary school will end up in jobs that don't yet exist,(World Economic Forum). For all graduates and employees it means that we need to investigate new skills in all industries. Thus Boston stays in touch with industry in order to meet skills demands, thereby increasing the number of graduates who are work ready.

Katz says that entrepreneurs have a head start as they put more value on skills training. In addition, entrepreneurs are more likely to participate in lifelong learning. Rapid technological change, combined with rising education costs, have made our traditional higher-education system an increasingly difficult path for students to afford and manage.

Degrees are still considered stamps of professional competency. They tend however to raise expectations of the employee when he reaches the workplace, and herein arises the myth of no work for graduates. Katz explains, “There is a tendency for graduates to turn down a job or leave when asked to complete or participate in jobs that they consider ‘menial’ or ‘labour intensive’. Degrees also tend to create a false sense of security, perpetuating the illusion that work — and the knowledge it requires — is static”.

A World Economic Forum report found that &quot;in many industries and countries, the most in-demand occupations or specialties did not exist 10 or even five years ago, and the pace of change is set to accelerate.“What does this mean for us?” says Katz? It means we have to adopt the concept of lifelong learning - whether we are doctors, bookkeepers or IT technicians”.

It is therefore imperative that we encourage more upskilling options to thrive without our current overreliance on degrees as proof of ability. All people who hope to be employed or who are already employed need to upskill in 4th Industrial revolution thinking.

Katz maintains that the future of work is about flexibility and adaptability, about willingness to learn and grow. And no one profession can ever insulate us from the unpredictability of technological progression and disruption.

Jobs website Glassdoor listed "15 more companies that no longer require a degree," including tech giants such as Apple, IBM and Google. Increasingly, Glassdoor reported, "there are many companies offering well-paying jobs to those with non-traditional education or a high-school diploma."

New non-traditional education options are found freely on the internet. While campus students used to be focused on a particular profession, they have now broadened demand and understanding that they need to operate in a free market economy with strong competition. To remain competitive they must be able to compete on many levels. They need an understanding of books and accounting, even if they are creatives. A recent article quoted a dad who earns extra working as a DJ by night.

Not only that, he has designed outerwear that promotes his DJ brand as well as serves as an additional source of income. We need to be open to new ideas, lateral thinking, creativity, but still with an understanding of the business knowledge that a degree gives us, as well as the doors that it will open. Often laser-focused on the most in-demand skills, would-be students can now enrol in campus-based, project-focused institutions.

The fastest-growing segment of the workforce — freelancers such as the Dad above— have realized more than most that education doesn't stop. It's a lifelong process. 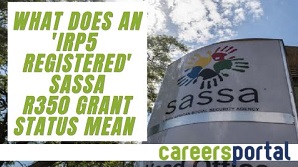 END_OF_DOCUMENT_TOKEN_TO_BE_REPLACED

The University of South Africa has to issue an apology to some of its NSFAS-funded students on behalf of the bursary scheme, following a miscommunication.