At Boston City Campus they offer accredited Higher Education qualifications, including their state-of-the-art Postgraduate Diploma in Management, a range of Degrees, and numerous Diplomas and Higher Certificates.  And they offer a variety of work-ready Occupational and Short Programmes which meet industry needs and are developed by industry specialists and leading professionals in their fields.

Boston partners with Nedbank to transform education and change lives

The Boston Group has been in education for over 31 years. It was established to provide relevant quality education to all learners, with a vision of Education. For Life. Boston aims to be involved in a student’s life for an extended period and to move beyond providing education by also supporting students in their career journey.

Preparing For A Job Which Doesn’t Yet Exist

While digital and tech trends provide bread crumbs in the direction of future occupations – we are educating for the in-demand occupations of the future. School guidance counsellors and parents of today’s data analysts, or social media managers didn’t know that these positions would exist when they offered advice on school subject choices.

“With nearly 30 years’ experience in Education, we know what it takes to raise the bar for students and vastly improve success rates”. So says Miguel De Bras of Boston Lynwood. “While in school the student may have been lucky enough to have teachers and supervisors that are involved on a daily basis in their academic activities, this is not the case when learners pass matric and move on to higher education. Most ‘varsities adopt a ‘sink-or-swim’ attitude,’ says Miguel.

Expect The Best In Order To Achieve The Most

How much of your expectations - either to succeed or to fail - impacts on the final outcome?

Confused about IT offerings and courses available? We’ve tried to clarify some of these qualifications through interviews. Read this quick Q & A with Kobus Olivier of Boston City Campus.

Is a degree a stamp of job security? We may need more..

The future of work is not just about gathering certifications, or as Aubrey Masango, broadcaster, cautions, about credentialism. Rather, we need to focus on skills acquisition, and flexibility. The future of work will be about job skills and interpersonal skills. What do the stats tell us? According Ari Katz, CEO of Boston City Campus, an American survey results show that 93 percent of freelancers with a four-year degree say skills training was useful versus 79 percent who say their higher education was useful to the work they do now. Sixty-five percent of children entering primary school will end up in jobs that don't yet exist,(World Economic Forum). For all graduates and employees it means that we need to investigate new skills in all industries. Thus Boston stays in touch with industry in order to meet skills demands, thereby increasing the number of graduates who are work ready.

Boston City Campus (Boston) is pleased to announce that our Bachelor of Accounting degree is now SAICA-accredited (South African Institute of Chartered Accountants). The achievement of this accreditation means that students who complete the Boston Bachelor of Accounting degree and who meet the entry requirements set by institutions offering the SAICA-accredited postgraduate qualifications in accounting can seamlessly continue their journey toward the attainment of the CA(SA) designation.

In a first for a locally accredited Boston City Campus, GED students are now able to apply to study towards a Boston degree without first having to complete a higher certificate, or having to wait months for foreign conditional exemption from Universities South Africa.

We create credible online pathways for parents/guardians of home educated learners toward the attainment of school-leaving alternatives that are internationally recognised for entry into leading local and global universities.

Planning For Plan B Gives You Options No Matter What

Congratulations on finishing matric exams! You took the first step to making sure your future is set. Are you concerned about what may be with your matric results?

World Youth Skills Day, observed annually on 15 July, focuses on the importance of equipping our youth with skills for employment, decent work and entrepreneurship. Youth unemployment has reached critical levels in South Africa, with almost 1 in 2 young people unemployed.

Boston offers a wide career and employment focused range of

Study anywhere anytime and at your own pace!

Management Options for a Changing World

In this time of change, we must re-imagine what kinds of skills will be required to lead a company or manage people. At Boston City Campus, we believe our Postgraduate Diploma in Management will offer the adventurous and commercially minded leader a rich foundation from which to navigate this ‘brave new’ and emerging world.

Boston City Campus IS technology-based learning! It is in our DNA! Boston has decades of experience in providing online based tuition, individual student support, and assessments for Higher Education as well as short learning programmes, we are year on year voted Best College, and now Best Online provider as well!.

The new rules for landing a job in the COVID Era

The economic slowdown resulting from the pandemic has catalysed changes in the job seeking landscape.  And with unemployment at a record high in South Africa, job searching requires new strategies in order to successfully navigate this changed environment.

Boston Joins the war on Covid by resisting fee increase

As part of their commitment to getting students through the pandemic in an academically successful way, Boston City Campus' board has committed to NO FEE INCREASE for the 2021 Semester A. Application and registration happens online, keeping you safe while readying yourself to achieve your goals.

We all used to use a term about 20 -20 vision, seeing with perfect clarity. There is no person who could have foreseen what 2020 would bring to our world, nor could have anticipated the havoc that would reign through our world and the changes that would need to be made. Having always been leaders in adapting to the needs of the student and corporate and industry, Boston City Campus moved seamlessly into a complete digital educational offering for students including application, registration, academic material and even examinations.

How Boston rose to the challenge, emerging as leaders in Distance Education

Studying through a pandemic has been a challenge for students. Some institutions (like Boston!) managed to take their students from classroom to dining room table seamlessly, while others battled to create a virtual classroom. Boston has always relied on technology as an effective learning methodolgy as technology ensures: academic consistency, quality, delivery and validity of all materials and knowledge transfer. 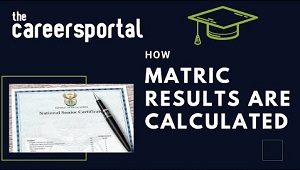