We have all been shaken by the death that came from the Wits protest on Wednesday. Now, the University, along with Minister and many organisations have responded, with dismay nonetheless. Students now want further action to be taken, even more than before.

On Wednesday, a man was killed by a bullet during the ongoing Wits protest. Now, the University along with Ministers and organisations have spoken up about the tragedy.

The deceased is said to not have been a student but just a 35 year old man coming out of a clinic who got caught in the protest chaos and was allegedly shot dead when police opened fire at protesting students.

Wits students are stepping up and protesting against their University pleading that students who have historical debt be allowed to register as they risk financial exclusion.

The University released a statement responding to the death by saying:

Wits University is deeply saddened to learn of the passing of a 35-year-old man in the Braamfontein CBD outside of the institution this morning. The University extends its condolences to the family of the deceased. We condemn any form of violence and call on all persons to keep calm during this very difficult time.

They then said that they do not have confirmation of the cause of his death but the man was allegedly struck in the chest with a bullet. Wits SRC has said that this was not a rubber bullet but was a live round bullet which resulted in his death.

Minister of Higher Education, Blade Nzimande, said on the situation:

I have also expressed my condolences on the member of the public who died this morning. The matter is being investigated on whether that person was shot or not and what were the reasons for the death.

He has directed Wits University Council and Management as well as law enforcement agencies to provide the department with an explanation on how this happened.

This death is tragic and those responsible should be brought to book. We are working on locating the next of kin so that we formally extend our condolences. We are in contact with the university and student leaders to restore calm and resolve the issues at hand. Our department and ministry is doing everything to support the institution and the sector so that they conclude the registration process and resume the academic year 2021.

On the protests, the University said that they are concerned about the escalation of the situation and that it is. They continued saying, "we call on all persons to remain calm during this difficult time. We remain committed to seeking creative, peaceful solutions to any outstanding issues in the higher education sector."

The Vice-Chancellor has said that they are in the process of registering the 8000 students which the students were protesting to have registered.

The fee crisis is not only a Wits problem, it is a national problem and every institution in the country has to contend with that, he adds.

The police were arresting anyone they could find and shooting within the present. These policeman are trigger happy and now a man has lost his life. They could have warned students but because they wanted to enforce their violence, they shot at us and a person has lost their lives. They were trying to kill us clearly, because now a person is dead.

The SA Human Rights Commission (SAHRC) is concerned about police heavy-handedness on protests and are calling on the reform with the Police force.

"Everyone has a right to protest ... Police must exercise proportionate force and not use excessive force and there must also be engagement between protestors and the police but there has been little change on the part of SAPS when dealing with protests," said Buang Jones who is the Provincial Manager of SAHRC.

Students have said that they will continue protesting until their demands are met.

Wits has made available health and counselling services to students and members of the community who require assistance. 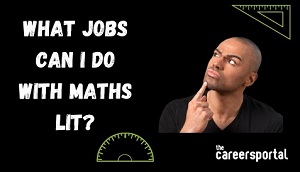