Dentistry students at Wits University have organised a virtual demonstration in protest against what they call the inhumane conditions under which they work and study.

Students who are studying Dentistry at the University of the Witwatersrand (Wits) have had enough and are protesting against the conditions they have to work and study in, which they say is 'inhumane.

This is reported to have started when the School of Oral Health was moved from the University's Braamfontein campus to the Charlotte Maxeke Academic Hospital.

After a fire incident damaged parts of the hospital in April earlier this year, the Wits Oral Centre had to be shut down which resulted in students missing out on three to four months of the academic year.

Student Council leader at Wits, Lisa Sibaca, says that the university has been slow to act in addressing their grievances despite this being a matter that has been discussed with the university's management on several occasions.

She points out that out of the four universities that offer dentistry in South Africa, Wits does not have its own oral health training facility and as a result they have to rely on the debilitating infrastructure at Charlotte Maxeke Academic Hospital.

I think we have also seen the extent to which the conditions at Charlotte Maxeke, we have poor ventilation, we have no emergency exit we have basically deteriorating structural integrity. Those things we have mentioned quite a number of times and when you compare us with other institutions, we are shocked that other institutions have windows. We do not know what windows are at this dental hospital.

In addition to this, Sibaca says that Wits Dental School has the highest tuition fees on the African continent and they do not understand where the funds end up since they continue to practice in a debilitating facility.

Dean of Health Sciences at Wits University Prof Schabir Madi says that their main priority at the moment is getting the academic year back on track and adds that the school is the responsibility of the Department of Health.

He also adds that this issue is not unique to the university's dentistry students but others as well such as those enrolled in physiotherapy and medicine who are also trained in facilities that are managed by the Gauteng department of health.

In response, Sibaca says that they want a concrete plan in writing with respect to how their concerns will be addressed going forward as that cannot be contingent on verbal promises which never materialize.

She added that it is the university's responsibility to engage the department of health regarding the matter. 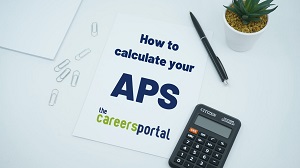