Will the Third Wave Affect the Full Return of Learners to Schools?

With government announcing that all primary schools will return to school in the third term and the country experiencing the third wave, one would then wonder if a full-capacity return would be safe. The third term is set to commence on 26 July.

The Department of Basic Education has released it's latest News Bulletin with all the latest updates in the sector.

Government has announced that primary school learners will soon all be back in class full-capacity for every day of the week. This will commence at the beginning of third term on 26 July.

The Minister has said that if there are problems before the 26th, then they would not force the re-opening and the ruling.

We have too much ahead of us and we will be able to guide if we should proceed but it is definitely there.

The Safer South Africa Foundation was established to mobilise under-resourced communities to create awareness and nourish the ability to work together to fight crime.

CEO of the foundation, General Riah Phiyega, has said there are a lot of reactive interventions when young people commit crime but their foundation aims to warn youth about the implications of being involved in criminal activity.

We argue that there is another level of intervention that needs to be enhanced which is where the community comes in and we are ardent believers of the fact that we will never be able to defeat crime in this country until the community fully comes into the party.

The foundation then speaks of prevention which is a proactive intervention mechanism and they do this by running programmes in schools. These programmes encourage learners from grade 8 up to 11 to make good choices with their lives and not to be tempted by crime.

The foundation aims to partner with government to give a further spotlight on bullying and education around criminal matters.

Reading should be a habit

A school in Tembisa received a donation of a mobile library which will make reading resources more accessible to learners in the community.

The Well of Wisdom Book Club International are the ones to thank for the mobile library with the Book Club having been started by a past learner, Amelia Tela who said:

In a world where children are now exposed to a whole lot of things such as social media, the digital world and also having to play TV games and all. We just wanted to introduce reading in a fun way and basically, just to take them away from all those distracting things that are taking most of their time.

She continued to say that they aim to make reading enjoyable for learners by introducing the mobile library which would also allow them to move around the whole of Tembisa.

Previously, schools would receive books and they would then collect dust but with a mobile library, flexibility is possible. 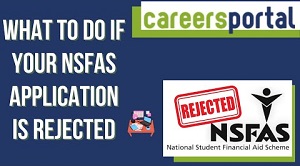 How To Get And Use The Unisa Invigilator App

How To Get Your Sassa Grant Payment Schedule

Why Is It Important To Do Research On Your Career Choice?

As you consider your dream career, you might be overwhelmed by the amount of information about different industries and careers that is available. From magazines to newspapers and career websites, it can seem overwhelming to find the information you need and put it all together to make sense of it. Fortunately, there are many resources available that can help you research a career path effectively.

Is Bookkeeping Difficult To Learn?

The Study Of Psychology Has Its Roots In Philosophy And Physiology

The study of psychology, which has its roots in philosophy and physiology, is an ever-changing field that explores the inner workings of the human mind.

The field of psychology is a broad one that incorporates the study of cognitive, emotional, and social processes, as well as behaviour. From the testing of new drugs to the study of childhood development, it's no wonder that one of the most sought-after careers for psychology majors is research.

What Do Psychologists Actually Do? A Popular Career Many Are Exploring

Psychology is a popular career and it's easy to see why. These professionals study how people think, how they feel, and how they interact with one another and their surroundings. They write articles and books, conduct research, consult with clients, or work directly with patients in hospitals and mental health clinics.