Will South Africa Be Moving To Lockdown Level 1 Soon?

Regular South African citizens aren't the only ones hoping that Lockdown Level 1 comes into effect soon but so does the country's health minister. Mkhize seems very optimistic that it might happen sooner than we thought as statistics shows us many positives.

Health Minister of South Africa, Zweli Mkhize, has been saying many positive things when it comes to South Africa and where we currently are in dealing with this pandemic.

Mkhize has said that the country might be moving to Level 1 soon but these messages of hope doesn't come without warning. This comes after South Africa has seen a drop in cases, even after President Ramaphosa announced the move to Level 2.

“It would have been logical that from level 3 to level 2, there would have been an increase in numbers; it didn’t happen. We don’t want to make conclusions, because we have seen what happened in other countries where there was a lull for a few weeks before a resurgence,” he said.

Many have said that a second wave of Covid is possible as the Minister himself said, "We are worried about what may happen in terms of a resurgence in the country".

“We never actually knew what to expect, and the reality is that we can now safely say we are over the surge. There were days we used to have 11 000 people who were positive and now today we see numbers around 2 000," said Mkhize during a briefing on 7 September.

Monday's daily report of Covid statistics also showed the lowest number of cases reported since May. As of 7 September, South Africa confirmed COVID-19 cases now stand at 639 362. This shows an increase of 845 cases since the previous day's report. The country currently has a reported death toll of 15 004 when it comes to COVID-19 with a recovery rate of 88,6%.

South Africans are however advised to continue following all the safety guidelines and to stay responsible and careful. Things might seem like they've gone back to normal but the normal we once knew is far from where we are right now. Mkhize has said that we are not over the worst of the pandemic yet.

Along with decreasing numbers in infections, hospitalisation statistics as well as the number of people in ICUs due to COVID complications have also gone down.

The Minister said the country saw the worst of the pandemic in the months of June and July. “We have passed the wave. For about three weeks now, we have been on a steady decline. We are not seeing any new spikes or surges. We are really hoping we don’t get a second surge,” he said.

He also said that they are very glad to partner and send out colleagues to South Africa to work with and "it's an honour for us to support any country". Adhanom also said, "With the current trend, we hope to push it to a decline and further control the pandemic but I would like to use this opportunity to thank the leadership of President Ramaphosa".

Mkhize warns that we must keep our precautions and all containment measures must stay in place in order to prevent a second wave.

On the opening of the economy aand the country, the Minister said that Government is not ready to open everything immediately but that they "are moving in that direction, the economy does need to be opened, however we will ease into the decrease in restrictions." 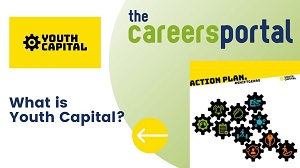