Western Cape Schools Continue To be Targeted By Criminals

The Western Cape Education Department has shown concern in relation to the damaged school properties in the province during the December holiday period. The education department has called on the public to report such incidents.

A total of 41 incidents of burglary and vandalism (affecting 34 schools) have been reported by schools as having taken place over the December 2021/January 2022 school holidays.

The majority of the incidents were minor in nature, with just 2 major incidents being reported.

Of these, 38 minor incidents were reported, as well as 1 with negligible damage.

This is a significant decrease in comparison to the 59 incidents reported during the December 2020/January 2021 holidays (bearing in mind that the 2020/21 holiday was much longer) but nonetheless continues to be a serious concern.

There were also incidents of vandalism, particularly the smashing of windows, as well as damage to school buildings during burglaries.

The total cost of repairs and replacing stolen property are being calculated and will add a further financial burden that neither the Department of Education nor the schools in the province can afford.

The Western Cape Education Department (WCED) provided holiday security to 477 schools over the December/January holiday, but in some instances, even security guards and cameras did not thwart determined criminals.

The Education Department has urged the public to report any suspicious activity in and around a school to the police or the Safe Schools hotline (0800 45 46 47) immediately.

Even the smallest piece of information can be key.

Community members are urged to not underestimate their ability to assist the police to interrupt, investigate and apprehend the perpetrators of these criminal actions, by being the eyes and ears on the ground. 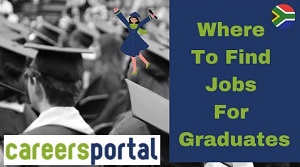