Western Cape Education MEC, Debbie Schäfer has confirmed that 95 427 candidates will be writing the NSC exam. The province has seen an increase in candidates this year because the May/June exam session that was supposed to take place this year was combined with the November session.

"Of candidates writing this month, 54 741 are full-time matric learners. 10 544 part-time/repeat candidates, and 19 286 May/June Senior Certificate candidates will write in this session, as well as 10 856 learners who were due to write supplementary exams this year following the 2019 NSC exams."

More than 2 500 invigilators have been appointed to make sure that the exams run smoothly.

The exams will be written at 512 exam centres across the province.

Mathematical Literacy is the subject with the highest number of candidates registered to write. Paper 1 and paper 2 will be written by more than 56 000 candidates.

Marking will take place from 5 January until 21 January 2021. Results will be announced by the national minister on 22 February 2021 and learners will receive their results on 23 February 2021.

Schäfer has thanked all provincial officials and school staff members for the effort that they have put into preparing the class of 2020.

Recently, Schäfer asked Eskom to make sure that learners have electricity during the exam season. According to Schaffer, the Department of Basic Education has been in talks with Eskom.

She said the exams team would be keeping a close eye on Eskom. In the event of loadshedding during an exam, schools would have to follow standard protocol.

Basic Education spokesperson Elijah Mhlanga  said the department always makes an effort to be in talks with Eskom during this time of the year in an effort to avoid power outages.

Mhlanga said problems would arise if the demand for electricity is higher than the supply.

Eskom said although it does everything in its power to avoid loadshedding, loadshedding could remain a possibility if the electricity system is compromised.

“The education minister must have a conversation with the minister of energy to hatch a plan on how to save the exams without disruptions. Eskom must save enough energy now for exams.” 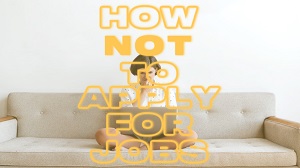