Western Cape Is Preparing For A Second Wave

Now that Level 1 has settled in and we've seen an obvious decrease in numbers, we now wonder about the possible second wave. Western Cape is going above and beyond in trying to prepare for a second wave as seen in many other countries.

Health authorities in the Western Cape say South Africa's risk of experiencing a second wave of Covid-19 is high. Several countries around the world are already experiencing the second wave.

The province is now preparing itself for this eventuality and South Africans are urged to stay vigilant.

The country has seen a significant drop in Covid statistics over the past few weeks but Health authorities are keeping their eyes open for the second wave many say is bound to come.

Western Cape health authorities are appealing to everyone to not let their guard down.

A national and provincial task team consisting of specialists is analysing the factors which have contributed to second waves internationally, reported eNCA.

What they aim to find is how that information could inform South Africa's response to a second wave and decrease the risks.

"We are early on the side of caution and therefore our position at the moment is based on international experience. The risk for having a second wave in South Africa is significant, it's high, and we are preparing as if we will get a second wave," said Cloete.

The health department in the province has a strategy in place, according to Cloete, which will see any sign of small outbreaks of Covid be seen early as well as contained early and as it happens.

"While being extremely vigilant, the regard against any escalation of that into a size of a second wave," said the Head, and that it is still unclear when the second wave will hit.

Western Cape's Premier, Alan Winde, has cautioned citizens to, "Remember to remain vigilant and protect one another. Always wear your mask properly, wash, or sanitize your hands regularly, cough/sneeze into a tissue, and maintain your distance from others."

Experts in the country are predicting that the second wave will hit during and after festive season and that we will see a rise in numbers at the beginning of 2021.

As of  4 October, South Africa recorded 681 289 cases with a death toll standing at 16 976 deaths. The country has also recorded 614 781 recoveries which translates to a recovery rate of 90% which is very impressive and positive to see. Active cases in the country stands at 49 532. 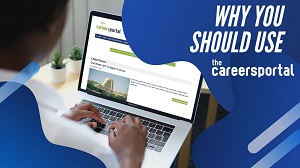