Now, some field hospitals in the Western Cape are being closed, as the province has seen a decrease in infections and Covid-19 patients needing intense care.

"The CTICC has 860 beds. It was never meant to be a permanent solution, it was always supposed to be for a specific window"

Western Cape Premier, Alan Winde said the province is now working on shifting its focus since it has been able to successfully use the field hospitals.

"We enabled the most amazing innovation in our government. We deliver medicine now to vulnerable people. If you are elderly or if you have a comorbidity, we now deliver medicine directly to your door" Winde said.

He said the highest infection area, Khayelitsha has decreased in numbers and this was a good sign. He said Doctors without Borders would be moving to the Eastern Cape in order to help the province deal with the rise in infections.

"We will de-escalate from the 18th of August. From today already we will start to move some of the patients depending on what their cases are like. By the 18th we will then stop and then by the middle of September we will have decommissioned."

"The CTICC so far handled 1502 patients of which 1440 have gone home to their families. Unfortunately, we did have 82 deaths in that facility"

Winde said although numbers were dropping, the province has to be prepared for the second wave of covid-19.

He said now that the Western Cape has managed to decrease its numbers, he would speak to the president about what he describes as the second pandemic.

"The pandemic of starvation, unemployment and increased poverty"

He said 3 million South Africans have lost their jobs, and most of them fall within the poorer part of the population.

"Most of those jobs lost are to women. 55% of the job losses are lost in the lowest 10% of our population."

In the Western Cape alone, 100 000 jobs have been lost in the tourism sector and the construction sector has lost 41 000 jobs. 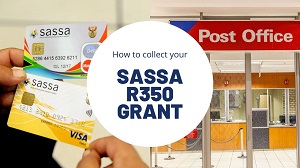