We Are In A Worse Off Position With NSFAS, says SRC

Students are growing tired of the issues and inefficiencies presented to them due to the National Student Financial Aid Scheme. One such issue is NSFAS’ move to no longer fund postgrad degrees with the Wits SRC saying students are now in a worse position with NSFAS than they were before.

NSFAS is at the centre of issues the Student Representative Council (SRC) at Wits is trying to resolve, specifically when it comes to them no longer funding postgraduate degrees.

The position is worse off than it ever has been and I think we need to start addressing the real confusion of the problem. We’ve been running away from the real problem.

More students are outside the NSFAS system than there were last year and Mfeka therefore wants to “do away with NSFAS”.

This year, NSFAS announced that they will no longer be funding the few postgraduate programmes which they previously has such as the Postgraduate Certificate of Education (PGCE), the Postgraduate Diploma of Accounting (PGDA) and LLB. These students, who were under the impression that they would be funded, are now left with no funding.

The SRC says that they have had conversations with NSFAS saying that they can’t defund degrees in the middle of the year without consulting students and student leaders.

It makes no sense. The unemployment rate is so high in our country so defunding degrees only adds to our problems.

The SRC also launched a fundraising campaign which saw them try to raise over R6 million to cover student fees and have so far assisted around 400 students. They wish to assist more.

Due to the Covid-19 pandemic, Universities moved to online learning programmes. However, it’s been evident that this has highlighted the inequalities within the society and the problems with access.

Some students do not have access to devices and other resources to enable online learning with many not being on track with their studies for months now.

Mfeka says that this not only affects them academically but emotionally as well.

Wits University is but one University in the country which has lost students as a result of suicide. The SRC has put measures in place to support students. 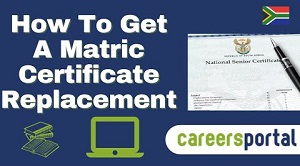