The Western Cape Education Department (WCED) released a draft guideline on gender identity and sexual orientation within public schools. However, Equal Education and the Equal Education Law Centre do not agree with this guideline as it deeply flawed.

Equal Education and the Equal Education Law Centre believed that the WCED draft guideline did not prioritize the basic rights of LGBTQIA+ students, such as the right to equality, privacy, dignity, and basic education.

These basic rights should be given to all students, no matter their sexual orientation or gender identity.

Roné McFarlane, Equal Education co-head of research, pointed to the clauses in the document addressing important issues such as school outings, bathrooms, accommodation, and dress code, revealed that schools were to decide whether or not to support their learners in these aspects.

Although McFarlane submitted their thoughts on the previous guideline, they are concerned that they were not taken into consideration to ensure the inclusion of these students at public schools.

Equal Education has sent in a third feedback form, pointing to the issues within the draft document and how it can be improved.

Bronagh Hammond, the WCED spokesperson, said that they would take these suggestions into consideration.

“While they may have concerns, these will be duly considered upon review. Obviously, there were many different viewpoints and we still need to make amendments accordingly,” said Hammond.

According to Hammond, this guideline is the only one which takes into consideration gender identity and sexual orientation in South African public schools.

The language within the most recent policy has improved however not by much, it still contains language that is “disempowering and vilified LGBTQIA+ learners”, according to Demichelle Petherbridge, the Equal Education Law Centre attorney. 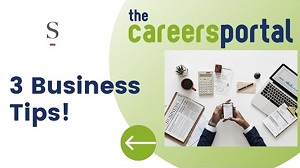