University of Cape Town To Commence With On-Campus Classes

As the academic year begins at the University of Cape Town, the institution has introduced a flexibility pilot on campus which saw students attending in person classes.

The University of Cape Town (UCT) began the academic year on 14 February 2022 with the introduction of a flexibility pilot across campus which aims to optimise venue capacity and use.

The university aims to maximise on-campus teaching and many students returned to campuses in the first week to engage in face to face learning, under strict Covid-19 protocols.

In a statement UCT said:

The University of Cape Town classes started on Monday, 14 February 2022. The intention in 2022 is to return to more face-to-face teaching whilst continuing to adhere to public health requirements.

The pilot intervention included the relaxing of the 50% capacity limitation given that ventilation is already in place in all venues. The 1,5 metre physical distancing requirement in venues has been reduced to 1 metre and KN95 masks have been provided for each person in the venue as an added safety precaution.

"Hundreds of our staff, across all our faculties and our support departments, have been working flat out to make this new term, and face-to-face learning, a possibility within the continuing public health requirements that are essential to keep us safe," Vice-Chancellor of UCT, Professor Mamokgethi Phakeng said in a statement.

Some students have lectures and tutorial/practical sessions on campus coupled with their tutorial sessions, while other students engage in online teaching and learning.

Students only experienced two days of in-person academic activities before the UCT Students’ Representative Council (SRC) began peaceful on-campus protests on Wednesday, 16 February which led to the halt of on campus activities.

One of the main reasons for the recent protest action has been in regards to the fee blocks that have continued to prevent academically eligible students from registering for the academic year due to outstanding fees.

Initially the Vice-Chancellor tried to resolve this by raising fee block limit from R1 000 to R10 000, thus allowing for students with an outstanding debt amount below R10 000 the opportunity to re-register.

Despite this, the UCT SRC have expressed their dissatisfaction, citing that their demands have yet to be met by the university in a recently released public letter to the VC.

Another issue brought up by the SRC was that NSFAS-funded students in self-catering residences who remained unregistered were not able to receive their food allowances and were thus going hungry.

The SRC has since worked with the Muslim Society to provide food packs for unregistered students in need. They have called on donors to assist wherever they can to continue feeding students in need.

In a statement the SRC says that the following demands should be met before the university can commence its academic activities:

The Vice-Chancellor has called on the SRC to meet with the executive so that they may go through the list of demands and find solutions together. 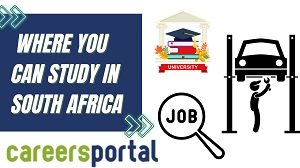