Unisa students have started engaging in protests to demand management reopens all Unisa campuses. This comes after the University announced that their exams will permanently be done online.

Unisa students have started protesting in the form of staged sit-ins nationwide to demand management to reopen all campuses.

Students want Unisa campuses across the country to reopen so that issues such as outstanding registration information, the online system, which students say is "ineffective" as well as unpaid tuition fees from NSFAS, can actually be seen to.

These protests are being lead by ANC Youth League and Young Communist League students representatives at the University's Sunnyside campus.

Khongelani Chauke, the Young Communist League Sunnyside campus secretary, said that students were instructed to be at the campus sit-ins and follow Covid safety protocols. This comes after students representative tried to engage with University management about their issues but did not receive any help.

Chauke said, "They have been dilly-dallying about the matter of reopening the campuses. They have not formally responded to us".

The secretary of the student group also said, "The online system has proved to be ineffective, at least on the administrative part. Students have been sending countless emails to the university staff without getting assisted.”

Studied also saw issues when it came to their registration. They have said that they were not registered at the University, even after paying their fees. NSFAS students had the same problem and found that their fees were seen as uncleared on the system.

Pretoria News reported, "Students lamented the fact that they were set to write their exams in three weeks’ time without proper support from the university."

Earlier this year in February, Unisa students engaged in protests upset that NSFAS excluded many of them from funding because of poor performance, even after achieving more than 50% pass marks. Students then took to blocking Langalibalele Road with burning tyres and bags full of garbage.

A week ago, Unisa announced that all future exams will now permanently take place online. Plans are currently underway to ensure that the October/November exams are successfully held online.

Some modules, however, will require additional technical specifications such as web cams and high-speed internet. Their lecturer will communicate with them about such requirements in the next few weeks. 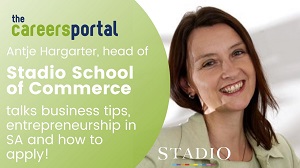