Unisa Responds To Court Decision To Set Aside Exclusions

The Gauteng High Court recently ruled that the decision to limit first-time entrants into Unisa, taken by the university and Minister of Higher Education Science and Technology Blade Nzimande, should be set aside. The university has now said it will study this judgement given by the court.

In the beginning of the year, Minister of Education, Science and Innovation Blade Nzimande advised universities across South Africa to accommodate 2020 matric students whose results were still pending and the University of South Africa (Unisa) introduced a one semester system that was met with a lot of outrage from students. Students rallied together to convince the Unisa that the "super semester" would make things increasingly difficult for students.

The Minister claimed that Unisa had over-enrolled and said he advised the university to cut down on the amount of students because NSFAS would be unable to meet the large demand for payouts for first-time students.

This too was met with outrage from students who felt that this decision was irrational and unreasonable.

Both Unisa and Minister Blade Nzimande were taken to court by the EFF Student Command (EFFSC) and the Black Lawyers Association Student Chapter to challenge these two decisions and the Gauteng High Court in Pretoria ruled that they be set aside.

Student Representative Council (SRC) president and member of the EFFSC Wadzanai Mazhetese said that the immature management at Unisa and their failure to lead by example was the cause of the court's ruling to set aside the decision to limit first time entrants and have one long semester for 2021.

"A university is a place of critical thinking, engagement, research and information, but these people failed to demonstrate that. They did not even engage students when making these poor decisions but they went to the media and lied that they engaged us," said Mazhetese.

He says that the students were willing to engage with the university without taking them to court but "they were too arrogant".

Unisa has stated that it has taken note of the court orders issued by the High Court and that the university will study them.

They say that this will be followed by the necessary consultations with the relevant decision-making structures as well as Minister Nzimande as the primary respondent "to determine the best way forward on the matter".

"The university wishes to emphasise that any decision on the way forward will be taken with the best interests of the students at heart. Such a decision will also seek to demonstrate our student-centredness as a university; as well as our commitment to the ideals encapsulated in the National Development Plan (NDP) and its aspirations to empower young people to improve their lives through education," the statement read.

After the court orders the EFFSC issued a statement encouraging students to accept their offers at Unisa and pursue their education, "as those who stood in the way of their future have been defeated".

"Of course we’ve been consistent on our call for the increasing access in the institutions of higher learning and for ensuring that the students once they enter the system, they’re able to study and pass which is our principles of success.

So, we fully welcome the decision and of course we will study the judgment further so that we are in a position to fully grasp the implications of the decision both on higher education and Unisa." 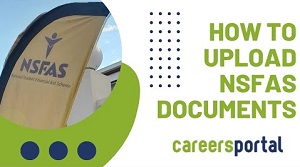