Unisa has announced that due to various delays, they have now made some changes to the academic calendar. They have also shifted a few things with tuition and assessments.

The start of the 2021 academic year has been a bit bumpy for all Universities and even more for Unisa. They have now said that they will be making changes to the academic calendar, tuition and assessment.

Unisa announced that the first semester will be extended to be 22 weeks long and assignment dates will be spread over the period of 1 April to 31 August 2021.

The second semester will also be 22 weeks long and students can start with their tuition and assessments in April already due to having registered for the semester already.

In the statement released by Unisa, the University explained:

The extended learning period is also intended to mitigate further Covid challenges that might arise to try to ensure that the academic year is aligned with the calendar year.

Unisa explained that the two semesters will run at the same time and students can register for their full bulk of modules and will have a longer period for learning and engagement.

Unisa will only have one registration period for 2021 where students have to register for both their semesters' modules.

Unisa decided to extend their registration for 2021. Registrations were initially supposed to end on 12 March but was extended to 31 March.

These delays were due to the late publication of the 2020 Matric results and the delay in the release of NSFAS funds.

On registrations, Unisa emphasised the following:

There will only be one examination period for the 2021 academic year where both exams for the first and second semester will take place.

The examination period is being extended this year and will be scheduled from 20 September to 26 November.

This was done due to students having to prepare and write more exams than normal.

All examinations will be online and the approved examination type per module will be applied, said Unisa.

The University also continued to say, "A special supplementary examination will be conducted during June/July for qualifying students (supplementary, aegrotat, FI concessions) emanating from the January/February 2021 examination period." 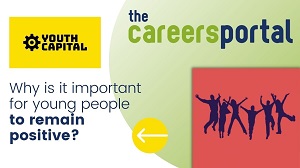