UJ On A Mission To Raise R27m To Wipe Student Debt

The University of Johannesburg has launched a campaign to raise R27 million which will go towards paying students outstanding historical debt. They hope to reach this goal by the end of the year.

R27 million to wipe outstanding historical debt. That's the latest aim for the University of Johannesburg and they're going to need everyone's help.

The University hopes to reach this goal by the end of the year with UJ saying:

This campaign recognizes that this is a long-running matter, which continues to gain momentum without any clear solutions in place. UJ’s plan is to try and provide some solutions to our students while all efforts move towards finding a sustainable solution.

Vice-Chancellor of UJ, Prof Tshilidzi Marwala, recognised the high rate of students who were faced with the challenge of outstanding student debt which lead to them not being able to re-register, even when they met the academic requirements to do so.

"This was not an isolated event. It was a painful reminder that South Africa is faced with a funding crisis. Student debt issues is common and continues to afflict students each year," said Marwala.

The Vice-Chancellor continued to say that this shows the country's fractured system which is why UJ wanted to take the initiative to support it's students.

As an institution, we firmly believe that solutions around student funding and the total clearing of student debt is dependent on collaborative and transdisciplinary approaches and partnerships with both our internal and external stakeholders.

The money raised from the Outstanding Student Debt Campaign will go towards 20 000 students' historical debt who are currently registered.

Another campaign launched by the University was the Missing Middle Funding Campaign which was launched in 2016. To date, this campaign has raised R916 million with 13 978 students having received full bursaries through it.

The current debt of students in the system comes to between R6 billion and R7 billion. The total student debt in the country, including those who have already graduated, then comes to around R14 billion.

The Minister of Higher Education said that over R10 billion was owed by students over the past 10 years and that more than 100 000 students were unable to get their qualifications from at least 21 of South Africa's 26 public universities because of student debt.

Around South Africa, students are calling for student debt to be written off and has also been the centre of many protests recently and in previous years.

To learn more about this campaign or to donate, click here. 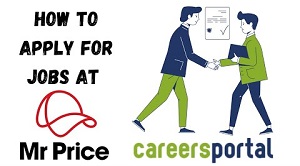