The Unemployment Insurance Fund (UIF) has given a lifeline to applicants hoping for a chance to claim for April and May payments. The fund has approved more than 600 000 applications for the covid-19 temporary employee/employer relief scheme (TERS).

The UIF will continue processing new claims of the Covid-19 TERS for April and May until a new cut off date is announced.

Commissioner of the UIF, Teboho Maruping said a 14-day notice window will be announced in order to give employers and employees time to submit applications before the new deadline.

He said the UIF is working to make sure all valid covid-19 TERS claims for April, May and June are settled as the fund gets ready to open the system for the new extended period of six weeks, ending on 15 August 2020.

Maruping said the UIF will release detailed FAQ [Frequently Asked Questions] to guide employers on how to handle error codes. The UIF is also planning to reduce the number of outstanding claims by monitoring updates on the system twice a week.

“Added to that, the UIF makes payments every day, except on Sundays, in order to fast-track outstanding claims. The Fund is also working on a number of front-end adjustments to the system to enable applicants to fix some of the errors on their own, which will greatly ease the load on our side and improve the flow,” Maruping said.

He said the UIF will be using a system that will ask applicants to verify their banking details before payment is released. This will help narrow down attempts of fraud.

“The UIF is reliant on banks to ensure bank details verification.  In instances where claims have failed bank verification, we appeal to employers to update the banking details on the system. The process to be followed will be outlined in the FAQs that will soon be made available on the department’s website and the TERS online system,” Maruping said.

Maruping said the UIF has paid an amount of R37 billion so far, benefitting more than 8 million workers.

He said it was an honour to see the impact of the money that the UIF has paid out.

“With the testimonies that we are receiving, it is quite clear to us that these disbursements have made a real difference to millions of people dependent on the workers who received these cash injections. As the Fund, it is an honour for us to have played this part and will do so until 15 August, armed with learnings from the past three months."

Maruping said the UIF will continue to use its resources to continue processing claims that will benefit workers in the country. 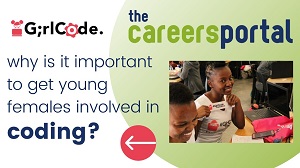