As the world shifts to a greater reliance on digital devices, performing work and school tasks are not the only things that can be done online. The recent University of Cape Town (UCT) protests have revealed that protest action can be performed online too.

As peaceful protests have reignited on UCT campuses in response to fee blocks that have left many students unable to register for the academic year, students have had to find more innovative means of protest to infiltrate online spaces.

Among many other things, digital advancements have altered the way in which we communicate with one another, which can now be conducted via the internet, and the way in which we work and learn, with many occupations and schools adapting to conducting operations online.

There have also been digital protests in different ways, with hashtags being used to spread awareness, or protest certain issues through a simple tweet. Additionally, people have also boycotted applications, or online personalities that have done wrong through digital protest.

Digital protest may not be new, however, the way in which UCT students staged their digital protest is one method of protest that is slightly more unique.

Whilst students were protesting on the ground, holding up signs that expressed opposition towards fee blocks, and staging campus shutdowns on Wednesday, the 16th of February, other students found ways to disrupt their Zoom and Microsoft Teams lectures.

Digital protests were staged in a number of ways. Some online students witnessed protestors muting lecturers’ microphones as they were conducting classes. Other lectures were disrupted by protestors singing over lecturers whilst other students danced with their device cameras on.

Despite being unconventional, these methods were effective in halting academic progress, as many lecturers decided to do away with classes entirely for the day. Attempts at halting the academic year seem to still be underway as of the 17th of February, as a mass meeting was held at 10:00 that morning.

As the VC plans to commence with the academic year through online teaching for as long as the campus disruptions are to occur, this attempt may prove to be tougher than expected with these new methods of disruption via digital protest coming to light. 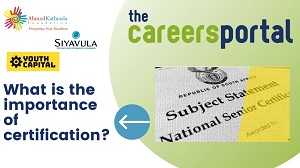