University of Cape Town (UCT) executives and President Cyril Ramaphosa have released statements on where they stand on the conflict between Palestine and Israel. Both UCT and the President have given their insight on what could bring about a solution.

Both UCT and President Cyril Ramaphosa has spoken up on the conflict between Israel and Palestine, saying that they stand with the people of Palestine when it comes to the injustice they are facing.

Over many months, there has been ongoing conflict between the people of Palestine and Israel. With Palestinians being murdered, beaten and forced out of their homes everyday, they are experiencing their own form of Apartheid.

In a statement put out by UCT they state that they will stand will the people of Palestine and that the only solution for this conflict to be resolved is through peaceful negotiation and mediation.

The escalating situation in Israel and Palestine thus serves as a reminder that intractable conflicts can only be solved through peaceful negotiation.

UCT explains that after South Africa experienced a long history of racism, sexism and violence, during Apartheid, the only way we could resolve the conflict was to imagine a post-apartheid South Africa and for peaceful negotiation to take place between the freedom fighters and the government at the time.

In statement made by President Cyril Ramaphosa , he recollects the times in which his family was forcefully removed from their home on more than one occasion, as is being done now to Palestinian people. He expresses the kind of generational trauma that comes with being held at gunpoint and being removed from your home.

The sight of men, women and children being evicted from the homes their families have lived in for generations brings back painful collective and personal memories for the majority of South Africans – of forced removals and land dispossession.

He says that he stands with the Palestinians as they face this unjust violence. As people who believe in equality and justice, it is difficult to not feel moved and angry over the conflict that Palestinians are facing.

He makes sure to state that Israel has been breaking international laws by disregarding the rights for Palestinian people and evicting them from Palestinian land.

After the assault on worshippers in Al Aqsa Mosque, which is one of the most important buildings in Islam, dozens of people, including children, have been injured and killed. Similarly to the massacre that took place at a place of worship in Eastern Cape during apartheid, killing over 160 people.

According to the United Nations Children’s Fund (UNICEF) at least 40 children have been killed in Gaza since 10 May. Over half of them were under 10 years old.

He says that as citizens of a country that came back from violence, racism and hate, we are committed to being part of international efforts aimed at reviving a political process that will lead to the establishment of a viable Palestinian state existing side-by-side in peace with Israel, and within internationally recognised borders.

Ramaphosa hopes that the conflict will come to an end though peaceful negotiation between the two parties, stating that the root causes need to be addressed, which in this case is the, illegal occupation by Israel of Palestinian land and the denial of the Palestinian people’s right to self-determination.

He ends off by says, "As lovers of freedom and of justice, we stand with the Palestinian people in their quest for self-determination, but also in their resistance against the deprivation of their human rights and the denial of their dignity"

The University of Cape Town executive is deeply disturbed by the escalating situation in the conflict in Israel and Palestine. Read the full statement by the UCT executive: https://t.co/ean3lxNXx0 pic.twitter.com/jtM5Fo7f2s 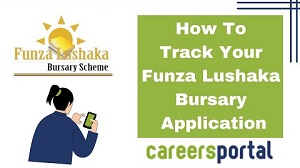