TVET Colleges Must Be Part Of Skills Development

TVET colleges must be part of skills development

“I want to see increasingly the TVET sector becoming a confident, able and very visible part of the skills institutions in South Africa. I want you to stop being shy cousins and to be very visible leaders in skills development in South Africa,” Pandor said.

The Minister made the remarks at the launch of the Gandhi Mandela Centre of Specialisation for Artisans Skills at Tshwane South TVET College in Pretoria West.

The launch of the centre follows a Memorandum of Understanding (MoU) signed by South Africa and India in July this year on the margins of the Brazil, Russia, India, China and South Africa (BRICS) Summit held in Sandton to provide for cooperation in setting up the centre.

The agreement was in recognition of South Africa’s desire to promote quality vocational education and training for young people, as well as the need for artisan skills in the country.

The centre will promote quality vocational training in the identified sectors to meet the requirement of youth in South Africa, both unskilled and semi-skilled.

Speaking at the launch, Pandor said that she was extremely excited about the progress made to date, noting that through the centre, real opportunities are going to be opened up for young people in South Africa, and real benefits promised to the Indian and other companies in South Africa which would partner with the college.

“This is an extremely exciting birthday gift for these two great leaders. I’m also excited that we’ve linked this programme to the widest centres of specialisation initiative. The centres of specialisation programme promises to pioneer the way forward in the transformation of TVET college system, making colleges ever more responsive to industry needs, while at the same time, lifting their capacity to deliver real high level, quality occupational programmes,” Pandor said.

She emphasised that government’s intention is to produce young people with high-level marketable and relevant skills.

“Added to that is the intention that we must produce, as South Africa, through these institutions more and more creative and innovative entrepreneurs because this is what our country needs. If we produce skilled young persons, we will be responding to the full challenge that confronts our nation and economy,” the Minister said.

She assured the government of India that the programme will be sustainable in the long-term.

Over 100 scholarships paid to South Africans

“We have 150 Indian companies based in South Africa employing approximately 20 000 locals. The companies have robust programmes of skilling South African youth in India, particularly in the IT sector, plugging them upon their return as more employable in the job markets in South Africa,” Kamboj said.

Manager at the Tshwane West Campus, LE Etchells, said the opening of the centre will mean so much for the future of children and incoming staff members that would serve the learners.

The South African government has provided infrastructure for the centre, through the Training Institute at Tshwane South Campus and will provide all logistical support for the import of the necessary equipment, material and suppliers for the project into the country.

Candidates enrolled at the centre will be issued with National Qualification Framework Certificates by South African authorities, upon completion of a course. After the completion and handing over of the project, its administration, running and maintenance will be taken over by the government of South Africa. – SAnews.gov.za 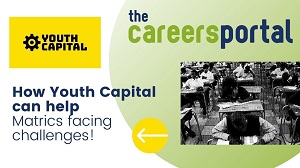 In the first semester of the 2022 academic year, the Stellenbosh University (SU) had made headlines for racism and rape allegations within its student community. One student who laid a complaint is not happy with how things are being handled by a panel appointed to investigate the matter.