There Are Enough Vaccines For Teachers - Motshekga

The education sector has seen some bumps here and there with it's vaccination rollout but Minister Motshekga has said that there won't be a shortage of doses for the sector. Their goal is to vaccinate 583 000 people by 8 July.

The Minister of the Department of Basic Education, Angie Motshekga, said that all the vaccine doses have been confirmed to have arrived in the country and that there won't be any shortages.

The Department released a new edition of the DBE TV News Bulletin which gives updates from within the sector for the past week.

Basic Education Minister, Angie Motshekga, visited the different provinces to monitor the vaccine rollout for the education sector. The rollout is said to be running smoothly.

Motshekga said she is sure that they will meet this deadline saying:

Last week when we got the first batch from 300 000, I had requested provinces to plan for 300 000 so that if there are any delays in us receiving the vaccine, we shouldn't be out of plan so we have planned very conservatively.

Teachers who took their vaccine have said that they feel good and encourage everybody to take their jabs as well.

Free State Education MEC, Tate Makgoe, said he is confident that the province will complete it's vaccination programme as planned.

Due to the announcement of level 4 lockdown, schools closed a week earlier on 30 June and will re-open on 19 July. The Minister says these closures will help ramp up the vaccine rollout.

Makgoe said that the early school closures resulted in some Matric exams not being completed but that these exams will be postponed until schools reopen.

Even though this could be seen as a setback, Makgoe supports the move to close schools saying:

The numbers were rising too high and it was on TV every morning and parents were panicking. I went to one school after the President's announcement and almost 80% of the parents withheld their children so I think it was a good strategy that we must just give it a breather so then we can go back.

Gauteng Education MEC, Panyaza Lesufi, said that if vaccinations were done earlier, time which was lost could have been saved but that this is a step in the right direction. 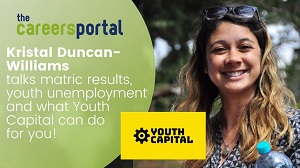