The Impact Of Covid-19 On KZN and Gauteng Schools

The country's basic education sector has had to endure several challenges since the arrival of the Covid-19 pandemic in 2020, these include repeated lockdowns, an attempted insurrection and massive budget cuts. Reporters take a closer look at the current state of the and what might measures have been taken to stabilise the situation.

Repeated lockdowns, an attempted insurrection and massive budget cuts. The classes of 2020 and 2021 will go down in history as having survived some of the biggest challenges faced in South Africa. So what has been done so far to ensure that the education sector finds stability?

KwaZulu-Natal's provincial education department is among the hardest hit by these drawbacks as explained by its acting Head Of Department, Barney Mthembu.

He says that they have had more than 4000 positive infections among teachers since the beginning of the Covid-19 pandemic. Mthembu also adds that although the infections among learners were minimal last year, these numbers have now surpassed teacher infections and currently stand at more than 6000.

In terms of the vaccine uptake in the province, the acting HOD has said that there are teachers who have been against being inoculated but that they form part of a small percentage among those who have.

He also states that as part of their efforts to combat the issue of learning losses, they have introduced learning material called 'Step Ahead' with the aim of providing background curriculum work for both 2020 and 2021.

Additionally, the KZN provincial department has also introduced an initiative through which teachers teach throughout the week and revives all lessons on Saturdays. Mthembu also adds that they have also introduced teaching methodology workshops to enable teachers to better adapt to curriculum changes.

Gauteng's Education department on the other hand has also suffered considerable learning losses throughout the academic year and although it has managed to resume schooling, unions have raised concerns that there continues to be a lot of anxiety and frustration among parents about sending their children to school.

However, they still maintain that schools are a much safer and more stable environment for pupils, as they are mandated to abide by all Covid-19 protocols.

The Association of School Governing Bodies has acknowledged that the department is doing all it can to keep learners in classrooms and says that at this point, it is mainly concerned about how long the Covid pandemic will continue to impact the education sector. 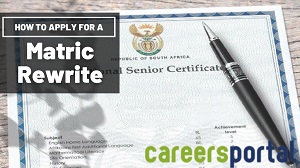