Termination Of R350 Grant Could Lead To Crisis For SA

The R350 grant introduced by SASSA to relieve distress during the pandemic is set to come to an end this month in October. Many calls have come from organisations and unions all over the country for the grant to be extended. It has now been said that if the grant is not extended, a crisis will erupt in the country.

Unions have been demanding a meeting with the President soon so that they can discuss COVID19 social grants. Cosatu, Saftu, and various organisations are calling for government to extend the special grants for the poor.

The Pay The Grants Campaign, which was established through the C19 People's Coalition, wants the grant to be increased as well.

This pandemic has shown South Africans that there actually is money for a Basic Income Grant ... We have said that there is key evidence that when there is some sort of push, Government is able to make these resources available.

The union therefore wants the extension to happen and eventually for the Basic Income Grant to be introduced.

Government has however said that this might not be possible and Mulaisi's response to this is that they will continue what they were doing, even before the pandemic, which is to provide them evidence which shows that there is money and that there are inefficiencies that they can capitalise on.

Reprioritisations can happen, just as they did in reponse to the pandemic, she said.

The need doesn't disappear after October.

The Institute for Economic Justice warns that a discontinuation of the grants will lead to a humanitarian crisis. Neil Coleman from the institute paints the following picture:

"Imagine that a grant of R350 a month has to get an unemployed person and their dependents through the month. I mean, it's unbelievable to imagine the struggles that people have and the caregivers grant is R500 so these are tiny amounts which were introduced by the Government when the Covid lockdown hit under the assumption that six months later, which was how long the grants were set for, the economy would have bounced back and these people would have been able to improve their living standards, etc. But all the research shows that the effects of the lockdown continue to be devastating for many people and between the people getting the Caregiver's grant of R500 and the Covid special grant of R350, there are almost 13 million South Africans receiving these grants and those grants are going to stop at the end of October."

He then continues to explain that two out of three South Africans will be affected if these grants come to an end. Surveys showed that in June, a third of South Africans didn't have money for food and this then shows how dire of a situation vulnerable South Africans are being faced with.

On 12 October, Cosatu gave the President 48 hours to meet with them about the concerns. The Union is still in engagements and discussing. 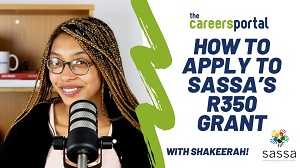