SRC Threatens to Take Unisa to Court For Enrolment Delay

Unisa's SRC is threatening to take Unisa to court over the delay in accepting and enrolling new students. After months of waiting, Unisa has reportedly still not made any effort to enroll the 20 000 students they originally intended to not accept.

Unisa's Student Representative Council (SRC) is threatening to take the University to court over the delay of enrolling and accepting new students.

At the beginning of 2021, Unisa announced that they will be accepting and enrolling 20 000 less students than they previously have. This of course created a stir in the academic world and students and prospective students of Unisa were not happy.

The reason why Unisa made this decision, is because in previous years, they have made the mistake of over enrolling.

The students began to protest and the The Economic Freedom Fighters  (EFF) Student Command along with the Black Lawyers Association Student Chapter took both the university and the Minister of Higher Education to court over the issue.

After the ruling was made Unisa was denied of their wish to cut the amount of incoming students.

To this day, Unisa has still not made the effort to accept and enroll the students they were previously going to cut.

The SRC is now fed up and is threatening to take the university to court as they have tried everything and their demand have still not been met.

We have tried to shut down campuses, physically, (and) so, it has not been effective. So, we’re left with no other choice, but to seek a legal route. But of course, a legal route is draining. So, we are still exploring that.

Ketwa continued to say, "On Friday, higher education officials told parliament the minister was seeking legal counsel on the matter after receiving a copy of the judgment on April 6th."

Unisa has failed to comply to the court judgement and are being accused of being unprofessional and disappointing.

"So, now we are surprised when we see the institution not complying with the court judgement and we view this as a serious undermining, very disrespectful way of approaching things. It’s disrespecting our justice system," says Ketwa.

Despite the SRC's attempts to put a hold on the university's academic activity, they have failed. This threat seems to be the last option for the SRC of Unisa.

Students made #UselessUnisa trend as complaints continue to roll in against the University. Many students want their voices to heard as students are suffering.

One student said, "my registration was finalized two months ago I haven't received my allowance, hardcopy of study materials, no data. But nsfas said they already released our funds to unisa."

Another student complained, "UNISA has proven itself to be the most incompetent institution ever. This university must be investigated. From the VC, to even the elected SRC representatives are useless."

Are we not worth of getting education like other institutions? 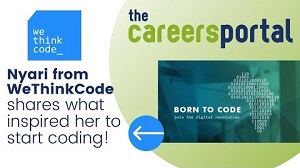