Yes, South Africa is seeing many positives in it's Covid-19 statistics and cases are decreasing in some provinces but this does not mean we shouldn't follow safety protocols. The possibility of a second wave is definitely there for the country, as seen in others. Government has given many updates on South Africa's progress with hospitals, vaccines, cases and the virus in general.

South Africa has seen positives in it's Covid-19 statistics this past few weeks however, we have all been warned of a possible second wave. Less cases are being reported in provinces, good trends are being seen in data and people admitted to hospitals because of the virus has decreased as well.

Health Minister, Zweli Mkhize, said "the real risk of experiencing the 'second wave' of the pandemic remains, so containment measures must never be abandoned". He has said that South Africans' efforts and interventions to stay home have assisted in limiting the spread of the virus but that we should stay safe.

The case of people being infected more than once is still something new that is being looked at. There have been a few instances where this has happened but this is still being investigated.

A surge in cases can be seen at a higher level once we open up more travel but Mkhize has reassured the public that we could be over the peak by the end of August if we continue social distancing and wearing masks.

The Minister was speaking during a virtual briefing on Wednesday where he provided an update on the country’s efforts to fight the Coronavirus.

How far is the vaccine?

Mkhize has said, "Currently, we are participating in the ChAdOx-1 study and in the COVAX project to be part of the global research initiatives as well as the access to vaccines programme." and that his Department is also wanting to pursue the possibility of manufacturing vaccines globally.

The second Covid-19 vaccine trial site in Western Cape commenced on 5 August at Tygerberg Hospital. This is in addition to one at Groote Schuur Hospital and five other sites in Gauteng.

Western Cape, Gauteng and Eastern Cape have seen their surges in cases and are now having their cases stabilising and tapering off. However, Mkhize says that this does not mean that we are out of the woods yet.

Although these provinces have seen their peaks and are finished with them, other Provinces might see a rise in cases and peaks come as this virus can take any direction.

Daily testing has dropped because the testing focus has changed. “We are happy that even with the targeted testing approach which we adopted as a department based on the Ministerial Advisory Committee advice, our testing numbers continue to grow. To date we have tested 3 078 202. This translates to a testing rate of 51 514 per million population which compares well to global figures,” said the Minister.

Positive cases are not increasing as rapidly and more people are surviving being admitted to the ICU. These are definitely major steps forward for the country's battle with the virus.

Other major positives in our country's statistics is the low mortality rate of 1,7% and the high recovery rate of 69,9%.

To determine if the country is indeed on the brink of decline, the Minister said key indicators such as hospital admissions, hospital capacity and the mortality rate must be taken into account. South Africa has not gone over it's bed capacity and many field hospitals are not full, says Mkhize, but the Department will keep an eye on this as we see a surge in cases.

Hospital admissions are declining but it is too early to draw any conclusions from this data, said the Minister.

He has said that there is still a lot of pressure and that we all need to manage it carefully.

Healthcare Workers Getting Covid On The Frontline

The country has seen healthcare workers be severely affected by the virus as infections and deaths are reported from the frontline. 24,000 healthcare workers have so far been infected and 181 of them have died because of Covid-19.

This has been said is due to a lack of personal protective equipment (PPE) such as masks and gloves or neglect by management. Unions have since raised concerns about the issues with safety in the workplace and the availability and quality of PPE. The mental and physical wellbeing of healthcare workers are also said to be neglected.

Nehawu has threatened to withdraw its members if their concerns regarding working conditions under COVID-19 are not addressed. The Minister has therefore said that an investigation is being conducted into this very serious issue.

As of Tuesday, South Africa recorded 521 318 COVID-19 cases with 345 new COVID-19 related deaths pushing the death to 8 884. The country has seen glitches in how it has dealt with the virus but Mkhize has said that South African Government has showed that it was ready and has coped with the surge in cases.

Until the country is completely safe, the Minister said government will keep reviewing restrictions and, if necessary certain restrictions will still remain in place. The Minister urges us to continue our efforts to contain the virus or else we will lose the progress we have seen and that "we can never over-emphasis the importance of good human behaviour and the impact it can have on flattening the curve". 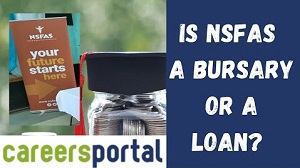