Sexual Violence In Higher Learning Institutions Is A Big Problem

Incidents of sexual violence on university campuses continue to dominate media reports. This has raised concerns among experts on what needs to be done to make progress in eliminating the occurrence of these incidents.

Incidents of sexual violence in higher learning institutions, the most recent of which, is one that occurred at Stellenbosch University (SU) and one that is currently under investigation at the University of Cape Town (UCT).

These incidents have reignited and redirected the country's political discourse around how the scourge of Gender-Based Violence (GBV) continues to worsen.

Speaking during a radio interview while discussing the controversial incidents CEO of Higher Health, Professor Ramneek Ahluwalia said that, sexual violence is more of a pandemic that is yet to be properly addressed.

He adds that based on a ground survey that they have conducted as a department in collaboration with other countries, they have found that, the negative impact of sexual violence is more emphasized among young people than in other population groups.

The data coming from higher education in the United States, the UK, Brazil, India is that this is a pandemic affecting young people in the education system a lot.

Professor Ahluwalia went on to say that although this issue has gained media prominence through incidents that are alleged to have occurred in universities, it is an issue that extends to the entire post-school education system in scope.

Some of the factors the professor attributes to the common occurrence of sexual violence at higher learning institutions include the prevalence of indulging in drugs and alcohol among university and TVET college students.

He further pointed out that, some of their collaborative studies found that there is a strong correlation between incidents of sexual violence and drug and alcohol abuse.

In terms of response mechanisms, the professor further stated the country  must understand the socioeconomic and psychosocial factors that contribute to its high rates of sexual violence and that there needs to be an establishment of stronger policies on GBV.

It has been close to a week since a woman, claiming to be a University of Cape Town student, went public with her allegations of being raped by a professor at the university. @RAPEDUCT1 claims she was raped on university grounds by a staff member and was told not to report it.

I'm a UCT student raped by a UCT professor on UCT premises. I reported this to UCT & for months they failed to act/suspend rapist. UCT has instructed me to not report the matter & keep it "internal". I received threats from a rapist. I'm in witness protection.

A case of assault with the intent to cause serious physical harm is being investigated by police, but no arrests have been made.

The University’s Vice-chancellor, Mamokgethi Phakeng later responded to the allegations through a statement issued on Wednesday last week, saying they have launched an independent investigation into the matter.

Although no specific details have been provided, the university reasonably understands from some of the information shared through the tweets that this is an ongoing matter that is being jointly addressed by specific departments in government, in collaboration with UCT. The independent investigation must be allowed to conclude.

According to further media reports, the Vice-chancellor later found herself subjected to scathing criticism from the UCT Student Representative Council (SRC), after sending out a tweet questioning student’s motives

The tweet which has since been deleted read as follows: “This student has refused help from the university. She must say what her real agenda is.” 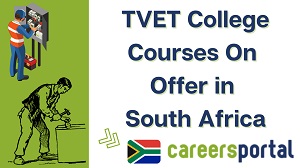