Basic Education Minister, Angie Motshekga, has said that schools will not be closing while the country experiences a third wave. This has not been responded to well with some calling for schools to be closed immediately.

Minister of Basic Education, Angie Motshekga, made it clear during her briefing on Saturday that schools will remain open.

We believe that schools must remain open and in saying so we are not insensitive to the concerns raised about the rising infections. The position is that we continue to handle COVID cases according to the differentiated strategy, on a province-by-province, school-by-school basis.

The Congress of South African Students (COSAS) is however calling for the Minister to close schools. A massive increase in cases has been seen in schools leading many schools across the country to close temporarily.

The position from the sector is that schools should remain open and if there's a need for schools to be closed, it has to be in the affected areas. The blanket call for school closures we don't feel that it is fair because there are many areas in the country where there hasn't been any impact of the coronavirus in terms of cases in schools.

COSAS has previously called for schools to close and said that they would protest if this did not take place. To this, Mhlanga responded by saying that these types of disruptions would take place in small areas and that the police will help calm down any situations like this.

He went on to say, "It is unacceptable. The law is very clear that access to education should not be a problem and no one is allowed to prevent learners from going to school".

The department is not urging the congress to not protest and have even gone as far as saying that that could lead to an increase in cases, "especially when you gather in certain places and you engage in actions that cause chaos".

Some parents do however share the same fears that COSAS has with some of them keeping their children at home until the numbers decrease. The department has however said that you are not forced to take your child to school if you are scared of Covid infections and that they'll assist with home education material. This doesn't exactly work out as it was found that parents struggled with at home schooling.

We hope that parents will realise that in fact, school is better than at home where usually there's no supervision.

Mhlanga explained that you will find learners outside playing unsupervised when they are supposed to be doing their schoolwork, should they be having at home schooling. This was also seen with the rotational timetable on days learners would be at home, he continued to say.

As COSAS we are saying that you must shut down all schools until this peak goes down and then we'll go back to normal.

They believe that the department is not prioritising learners and that "Covid does not choose whether it will infect the learner or the teacher". 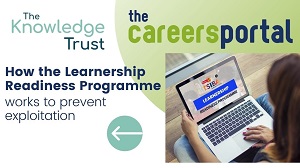