School Fees Must Be Paid Despite Covid-19 Breaks

The Department of Basic Education's Minister Angie Motshekga has said that parents must still pay school fees at fee-paying schools despite schools closing for extended periods of time due to outbreaks of Covid-19.

In a media briefing on Sunday, 14 February the Department of Basic Education's Minister Angie Motshekga spoke on the readiness of schools ahead of the reopening on 15 February.

The Minister mentioned that school fees remains an issue in public fee-paying schools and that this needs to be solved.

Motshekga said that a common question parents asked the department was whether they had to pay for school fees even though schools had experienced extended breaks to due the effects of the coronavirus.

The Minister said that it was still mandatory for parents to pay for school fees despite these circumstances.

“It is important to clarify this matter. There are two types of public schools in the country, the fee-paying schools and no-fee paying schools. Fee-paying schools are allowed to charge school fees, as determined at the annual general meeting of the SGB [school governing body]. Therefore, the payment of school fees in such schools is mandatory,” said Motshekga.

Motshekga says that fee-paying schools "have the authority to enforce parents to pay school fees through legal means". This is according to the South African Schools Act (SASA) of 1996.

Recently the TPN Credit Bureau reported that a survey which they conducted showed that schools are facing challenges in collecting fees from parents.

TPN said that this has negative implications for schools in terms of budgeting and sustainability, as school fees are the largest source of income for more than 60% of public schools.

This is because school fees are used to pay for additional teachers who are not funded by the department as well as the additional costs incurred by the school.

Parents who were unable to afford to pay for their children's school fees would have this liability determined by using an affordability formula which would determine whether they could be partially or fully exempted from paying school fees, the minister said.

She said that there are instances in which parents are unable to pay due to the impact of the coronavirus but says that the correct procedures and protocols must be taken to manage this.

Parents are encouraged to approach the school if they feel they can no longer afford to pay school fees, so that they may receive an exemption.

On this Motshekga said:

“This, schools do, despite the moratorium placed on the Public Service salary bill. We must advise schools to avoid such temptations; as the first is illegal; and second is completely unreasonable, especially as it is done and enforced under the devastation caused by the Covid-19 pandemic.” 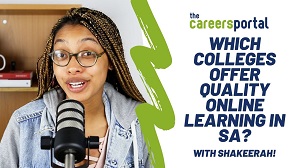 Where To Find & Apply For Government Jobs