SASSA beneficiaries are unhappy with the way grants have been implemented lately, especially those who have been approved for the R350 Covid-19 SRD grant as they have been experiencing delays in receiving payments without any commuication from SASSA.

Over the past year the implementation of grants from the South African Social Security Agency (SASSA) has been under scrutiny as South Africa faced challenges which came with the Covid-19 pandemic.

SASSA provides financial support to poor and vulnerable citizens in South Africa through social grants to help improve standards of living in society. In April 2020 when the Covid-19 pandemic hit South Africa, the president announced that SASSA would be providing the R350 Social Relief of Distress (SRD) Grant to help those who had lost their jobs or could not find jobs due to Covid-19.

This is paid to unemployed individuals, who do not receive any sort of income, social grant or UIF payment etc.

From the beginning this grant experienced a few implementation issues such as people receiving delayed payments and many not receiving any answers after sending in their applications.

eNCA  spoke to Gugulethu activist, Thembinkosi Mjuza in front of the SASSA offices in Gugulethu where many beneficiaries were unhappy with the small amount of staff who were employed to help the big group of people waiting in long queues outside the offices, from early hours of the morning.

"People are being approved and when they go and collect their social grants nothing is happening and when they go to SASSA, SASSA says that the money is still being transferred. So it is a worrisome factor," says Mjuza.

Mjuza says that these issues within communities which are experiencing poverty could lead to social conflict which could then lead to social instability.

Many of those who have been approved for the R350 SRD grant said that they have given up on the grant as they have received no communnication from SASSA.

Mjuza says that as leaders of the Gugulethu community, they have been trying to get government officials who work with SASSA to meet with them and discuss how these issues can be solved so that beneficiaries "can sustain themselves especially during these trying times of Covid-19".

Members of these poorer communities have said that the R350 SRD grant could have been a great help as many households rely on pensioners to provide financial support to the unemployed.

Nyanga activist, Thulani Phike who helps community members with online applications for SASSA grants says that they have noted many issues with SASSA's system.

Phike says that the main challenge is that people are not being approved because SASSA has said that they on UIF or that they have to submit their IRP5 document even though most have them have claimed that they have never been employed.

Others also haven't received an SMS to indicate which Post Office they must collect their grant from, thus they are unable to track where their payments are going to.

The R350 SRD grant is set to end by 30 April, however activists are requesting an extension of this grant as many now rely on it to keep their families fed. 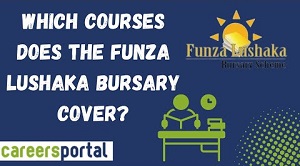