After allegations of racism were brought against Cornwall Hill College during a peaceful protest, the SA Human Rights Commission has announced that an investigation into the school's policies and Code of Conduct as a means to intervene in the alleged ongoing discrimination will take place.

On Monday, 31 May 2021, students and parents alike stood in peaceful protest against the alleged ongoing racism at Cornwall Hill College. One student, Singo Ravele, recounted an incident from her earlier years at the school, in which she was told by a teacher that her natural hair was “unpresentable” and “messy”.

Now in 2021, years after the incident, she publicly acknowledges that her teacher was practicing discrimination against her. Other students shared her sentiments regarding the racism at the school and sought to expose this alleged discrimination during the protest.

Protestors were seen holding boards with phrases like “STAND AGAINST RACISM”, “MY HAIR REFLECTS MY HERITAGE AND CULTURAL IDENTITY” and “BE ON THE RIGHT SIDE OF JUSTICE”. Similar to the protests against racism that took place in 2016 at the Pretoria High School for Girls, it is clear that history has come to repeat itself.

The South African Human Rights Commission (SAHRC) held a one hour meeting with Cornwall Management in which they discussed these allegations. The Gauteng Manager of the SAHRC, Buang Jones, told SABC News in an interview that the commission would be reviewing the school’s policy and Code of Conduct.

He also noted that the school’s management have agreed to cooperate with the investigations conducted by the commission, avoiding the need to issue a subpoena, wherein the school would be required by law to cooperate.

He also stated that he believed that a proper intervention would come from speaking to students’ parents and asking them for permission to interview students about their experiences with racism at the school.

From there, he says that interviews with teachers and the school board would be the best first steps in allowing the commission to come up with a solution to deal with these issues of discrimination.

Jones also stated that the SAHRC would plan to engage with the Independent Schools Association of Southern Africa (ISASA) in their investigation of the private school. 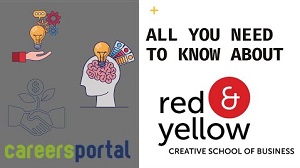