President Ramaphosa just made the announcement we were all waiting for! South Africans will see a move to Level 1 from next week onwards. With a decline in infections and deaths, Government has also decided to expand the criteria for those who can get tested for the virus.

President Ramaphosa has announced that South Africa will be moving to Lockdown Alert Level 1.

“Following consultations with provincial and local government representatives, and drawing on the advice of scientists and engagements with various stakeholders, Cabinet decided this morning that the country should move to alert level 1," said the President.

Level 1 will be observed from Sunday, 20 September, at midnight. This means that Level 1 will take effect from early Monday Morning, 21 September. The President stated, "We have endured a fierce and destructive storm, but by standing together we have remained resolute".

Government has also decided to increase testing for the virus as the President says, we now have sufficient testing capacity to expand testing. Those who are now included in the testing strategy will be:

They will also be improving contact tracing in the country. The President urges South Africans to download the Covid Alert SA app which is zero rated and won't use any data. To read more about the app, click here.

The health department has also developed a WhatsApp system for those without smartphones.

It has been half a year since the national state of disaster was declared by Government and now, six months later, we are are Level 1. "Two months ago was the height of the storm," said Ramaphosa.

The President said there has been a steady decline in new infections, hospitalisations and essential medical requirements.

“We have succeeded in overcoming the worst of the pandemic while protecting the capacity of the healthcare system," said the President and that thousands of lives have been saved due to our collective efforts.

The country has been working with the World Health Organisation to strengthen our fight against Covid-19.

However, the President continues to remind citizens that we are still in the midst of a deadly pandemic and that we need to make sure that we don't experience a new surge in infections. Several countries were hit with second wave and this is what Government and all of us, want to avoid.

Ramaphosa explained that in many cases, it was found that the second wave is worse than first. He then said that the healthcare system is preparing for a possible resurge in cases and outbreaks.

As for where South Africa stands with the vaccine, the country is supporting several vaccine development programmes and is currently participating in three vaccine trials.

"As chair of the African Union, we have been advocating for equitable access so that no country should be left behind", said the President.

Lockdown Level 2 was announced a month ago due to decreased infections. With further progress made with infection rates, Ramaphosa said that we are now ready for a new phase in our response in the pandemic.

"Now is the time to return our country, it's people and it's economy to a state that is more normal and a life that resembles the life we lived six months ago", announced the President, as the country prepares for the new normal.

As we see the infection level being relatively low and it being said that there is sufficient capacity in the healthcare system to cope, it is now time to remove as many restrictions on economy and social activities, said the President, but for this to be done safely. 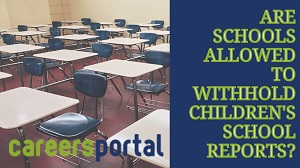