The Department of Basic Education has proposed that the October school holiday should be scrapped in order to make up for lost teaching time. However, aside from not being consulted, the South African Democratic Teachers Union disagrees with the proposal, citing the need for pupils to recoup and minimizing Covid-19 infection risk.

As Covid-19 lockdown regulations continue to disrupt the education sector, the Department of Basic Education (DBE) has now proposed the cancellation of the October school holidays to make up for lost teaching time.

The South African Democratic Teachers Union (SADTU) CEO, Chris Clopper, says that his, as well as other unions, are not in support of the department's decision, as was taken in their absence.

All the unions are not comfortable with it. In fact, they reject it and we also know that the school governing body organisations also do not support this particular proposal. It is unilateral it was not consulted with us and they a decision and we find that unacceptable.

Among other reasons for disagreeing with the proposal, Klopper adds that aside from many of the country's schools being up to date with the curriculum, the department also needs to consider the risks posed by the Covid-19 pandemic on teachers.

He also said that pupils need time to rest and recuperate.

"It just does not make sense to scrap all of that in the so-called almost anxiety to cover the curriculum while endangering the lives of learners as well as teachers and this goes hand in hand with the proposal that social distancing must be reduced one or half a metre."

Klopper adds that upon hearing about both proposals from DBE, SADTU and other unions requested a meeting with the department on Saturday, which would be the first time the matter is discussed with them.

In addition to this, SADTU proposes that the department should instead make use of the last two weeks of the calendar year.

This, according to Klopper, is because district offices usually require mark and promotion sheets to be submitted by the end of November and since schools close-mid December, nothing happens during those last two weeks in between.

They also proposed that the department should not take a one size fits all approach, but rather focus on core subjects such as mathematics, science and languages, in schools where there is too much of a backlog. 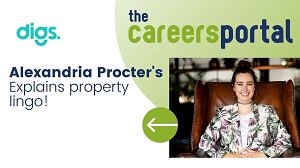 Is The School Curriculum Preparing Learners For The Digitised World?

E-commerce businesses thrived as the pandemic required digitalised tools to keep up and generate profits. When it comes to the education sector, experts believe that the digital divide further widened, but the education Minister has introduced technical subjects to equip learners with skills relevant to digital spaces.

The Careers Portal Offers Free Resources To All Students