The principal of Redhill School has made a radical suggestion to drop two subjects from the school curriculum as schools across the country battle to keep up after Covid-19 disruptions.

South African schools have been greatly impacted by the Covid-19 pandemic. It has caused the closure of schools intermittently throughout the past year and learners have missed out on many hours of school.

The Education Department has found that between 50% and 75% of learning that takes place during a normal school year had been lost due to Covid-19.

This has meant that schools have had to engage in catch-up programmes in order to prepare learners for their exams and assessments as well as preparing them for the next grade.

Education specialist and Executive Head of Redhill School, Joseph Gerassi spoke to eNCA suggesting the radical idea to drop two subjects from the curriculum for all students.

Gerassi says that the government has to focus on a solution that does not only involve scrapping school holidays, as the problem lies beyond that and affects matrics and the years below them.

"When the ship is sinking, you need to look to see what you can offload," says Gerassi talking about why he suggests that two subjects be dropped from the curriculum.

He says that he considered the International Best Practice where some countries only require students to take 5 subjects to matriculate.

"So I was looking at five particular subjects. If you take one elective which has four hours given to it and 2 hours to LO, you end up saving or gaining six hours back per week which works to over 200 hours back per year," says Gerassi.

Gerassi says that students would have to choose their subjects very wisely so that they do the subjects required for their chosen university degrees.

"I would be suggesting that our universities would require a minimum of 5 subjects then different schools would be able to see what they need," says Gerassi.

He says this suggestion is not meant to make the gap between private schools and public schools bigger but rather it would be beneficial in trying to allow those public schools with less resources to finish the curriculum properly so that the students can get into universities.

"I would ask the education minister to be really bold in this and perhaps if you're in a crisis to convene an educational summit with some of our best and brightest in the education field to look at some of these proposals and... come up with suggestions that we can apply from next year. So that our students who had this major backlog can start catching that up."-Education specialist and Executive Head of Redhill School, Joseph Gerassi 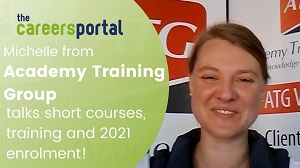