President Cyril Ramaphosa has addressed what every South African has now been wondering about. Ramaphosa has now given his view on the rumour that a hard lockdown will soon be put in place. Government is now said to be looking into South Africa's rising infection rates and possible resurgence.

President Cyril Ramaphosa has addressed what every South African has now been wondering about. Ramaphosa has now given his view on the rumour that a hard lockdown will soon be put in place and has said that as of right now, the rumour is not true.

While engaging in a question-and-answer session with the National Council of Provinces, he said:

I don't want our people to be alarmed with rumours such as we're going to Level 3. That is simply not true and I want to assure everyone that that is not true. If it ever gets there, I will be the one to advise the nation where we are and where we are going to.

He assures us that there is no reason to be alarmed.

"I'd like to say that we are continuing to actively analyse, manage the situation with the assistance of the medical advisory group where there are analysing the incidents of infections as they are unfolding throughout the country."

Ramaphosa also said that they have received reports of South Africans attending events where infections were reported and where people having gathered together, have become super spreaders where the spreading of infection has then ensued. On this he says, "that is worrying and we myst continue to say that as South Africans, we need to make sure that we heed the adherence of the measures that have been put to us by the medical advisory committee".

The President continued to say that Covid-19 is a serious condition and that we all need to adhere to those measures especially now as we move towards December.

Government is now said to be looking into South Africa's rising infection rates and possible resurgence. The President said there are concerns that as the country moves towards the festive season, people will let their guard down.

Western Cape's Premier, Alan Winde, also weighed in and when asked if another lockdown was coming, Winde confidently answered no and said:

There's a reason that everyone is panicking, it's because our numbers have started to go up... it means that people are relaxing too much... people are over it, and we can't be over it.

He continued to explain that before a lockdown decision is made, a President's Coordinating Council has to happen which hasn't.

Ramaphosa hopes to address South Africa next week about what we need to do now as we see a rise in infections.

South Africans are urged to continue playing their role and being safe and to do this by avoiding large gatherings, wearing masks, social distancing and to keep up with hand hygiene. 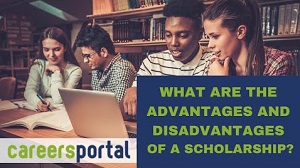