Pfizer Vaccine Approved for 12 Year Olds and Above

The South African Health Products Authority has approved the Pfizer vaccine for those 12 years old and above. This would be the first vaccine to be approved for children in South Africa.

The Pfizer Comirnaty vaccine has been cleared by the South African Health Products Authority (SAHPRA) as safe for use for those 12 years old and above.

This becomes the first vaccine in South Africa approved for safety to vaccinate the 12 years old age group and above.

The medicine regulator has however said that the approval of the vaccine does not equal to procurement as they are only authorized to examine safety and health of the medical products.

SAHPRA released a statement of Friday, 10 September on its social platforms which confirmed the approval of the Pfizer Comirnaty vaccine, where they said:

The South African Health Products Authority (SAHPRA) has approved the use of the Pfizer COMIRNATY Vaccine in terms of Section 21 of the Medicines and Related Substance Act 101 of 1965 (The Medicines Act) to include individuals twelve years (12) years and older.

Moshabela said that the vaccination of children will play a big role in the education sector as the society has been concerned about their safety at schools.

The medicine regulator also indicated that the vaccine was initially authorised on 16 March 2021.

This announcement comes just as the National Institution for Communicable Diseases (NICD) announced that we have surpassed the third wave.

Moshabela expressed his reservations about the NICD announcement, citing Northern Cape and Free State Provinces are still bothered by the third wave impact.

It's been reported that Northern Cape and Free State are still a little bit bothered and that they don’t seem to be settling, he said.

"Overall, I think the trend is coming down, but we are not yet out of the third wave," said Moshabela. He went on to say that the country needs to be at 15% of the cases that were experienced at the peak of the third wave.

SAPRAH needs to go on roadshows to educate the public about the data they have used to approve the vaccines, Moshabela said. 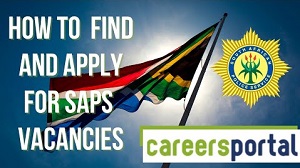